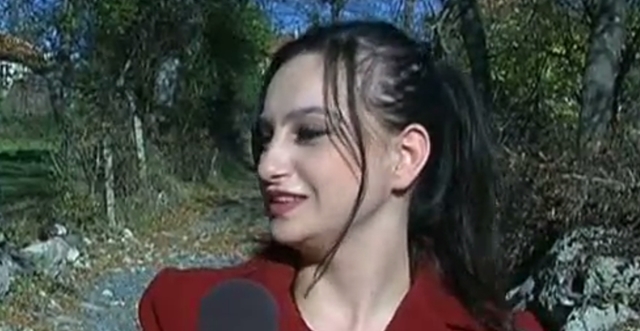 Barring a handful of third-round elections, Bulgaria’s October-November 2015 mayoral elections are over, but from a racist revolt against one newly-elected mayor to news of others who will combine sitting in the mayor’s chair with completing their university studies, are still generating stories.

One Bulgarian journalist will be closely involved in the unfolding story of municipal government over the next four years – because he is now himself a mayor.

After 20 years with public broadcaster Bulgarian National Television (BNT), Rousse correspondent Dimcho Petrov has been elected mayor of the village of Brushlen, population about 350.

Petrov, interviewed by BNT, said that from his career as a journalist, he would carry over one rule to his duties as mayor – plurality of opinions.

“You should always get the other side of the story. Truth is never only on one side,” mayor Petrov said.

He said that he intended spending his first working day at the village’s municipal office meeting villagers to seek solutions to their problems, of which there were quite a few, BNT reported.

He hopes that soon the building intended to be a tourist information centre will soon be opened, has plans for a social kitchen and has set himself one more urgent task, clearing the vast unregulated landfill on the road that leads from the village to the Danube (as a reporter, Petrov specialised in stories related to the river).

Elsewhere in Bulgaria, more than 100 residents of the village of Semchinovo in the Septembri region marched on November 5, vowing that the new mayor Plamen Temelkov should not be allowed to enter the municipal headquarters, and also demanding the annulment of the election.

Their objection is that Temelkov is of Roma ethnicity.

The protesters said that they would not recognise the election of Temelkov, who they said did not have the qualities to be mayor. They also demanded an investigation into how he made his money, alleging that it came from crime.

In turn, there was a counter-protest, by about 50 Roma people, adamant that they would protect the mayor. Mayor Temelkov did not attend the protest.

Elsewhere again, the new mayor of Voynyagovo in the Karlovo area will be dividing his time between his municipal duties and completing his studies – because he is all of 22 years old.

Todor Tankovski, a final-year student at the Music Academy in Plovdiv, specialising in Bulgarian folk choreography (of the dancing, not political, variety), won the election in Voynyagovo as an independent candidate.

Villagers expressed hope that their new young mayor would be able to solve some of the place’s most serious problems, including renovation of the water supply network and other infrastructure.

Tankovski said that he was motivated by a desire to work and to implement various projects.

“Our village has a good basis on which one should really just build,” he said.

Village resident Nikolina Veleva is among those holding out hope for what he will do, saying that Voynyagovo was a small village where everyone stayed shut up in their houses, and there was neither festivities nor entertainment.

Tankovski vowed that the youth of the village would be his priority, “sports playgrounds, a gym, maybe…”

Tankovski is two years the senior of Adife Mustafa, elected mayor of Tatul in the Kurdzhali region, on the ticket of the Movement for Rights and Freedoms, a party for which Kurdzhali is its major electoral stronghold. At the level of Bulgaria’s larger cities, Kurdzhali was the only one to be won by an MRF candidate, incumbent mayor Hassan Azis.

Twenty-year-old Mustafa is a second-year university student and intends combining her role as mayor with her studies.

Tatul is populated entirely by Bulgarians of Turkish ethnicity. A woman mayor is a first for the village, to say nothing of Mustafa’s age. She said that she had asked the Central Election Commission to confirm whether she was the youngest mayor in Bulgaria.

Villagers said that they wanted improvements to Tatul, such as piped drinking water and paved streets.

Mustafa, who boasted of her village as the location of the tomb of Orpheus, said that she envisaged an emphasis on tourism. “To maybe have cafes, restaurants, rural cuisine.”

She said that she saw no difficulty in transforming her village while completing her degree. 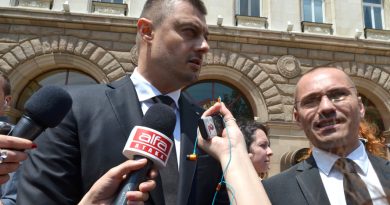