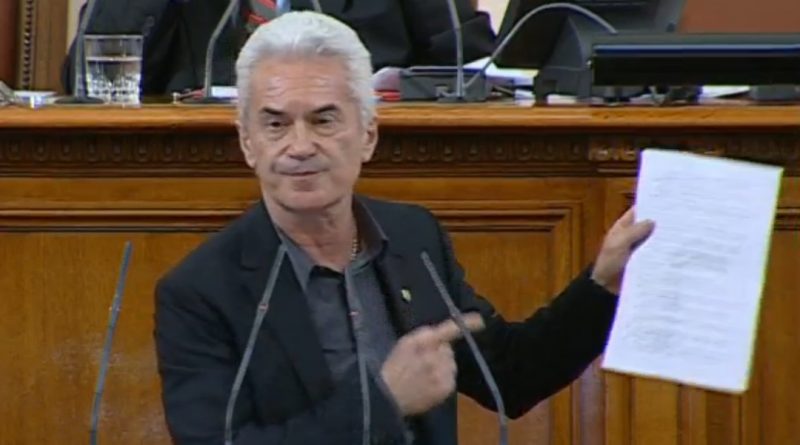 Bulgaria’s centre-right GERB party, the majority partner in government and the largest party in the National Assembly, was starting consultations with other parties on October 27 on changing the constitutional provision that gives MPs immunity from prosecution – but the outcome of these consultations was by no means certain.

The move by GERB was prompted by the latest public incident involving Volen Siderov, leader of the extremist Ataka party, whose raucous behaviour in late-night confrontations in central Sofia has caused politicians to accuse him of systematically abusing his immunity from prosecution as an MP.

National Assembly Speaker Tsetska Tsacheva, a senior GERB member, told a news conference on October 26 that the party would seek the rescinding of Article 70 of the constitution, which provides for MPs’ immunity. It is understood that GERB wants to replace this universal immunity with privilege for MPs only when in the chamber of the National Assembly – a move that, if approved, would put Bulgaria in a position similar to that of the traditions of Westminster.

To be approved, a constitutional amendment requires a majority of three-quarters of the votes of all members of the National Assembly in three readings on three different days, meaning 180 votes.

In the current National Assembly, elected in October 2014 and which if it serves its full term will continue until 2018, GERB has 83 MPs.