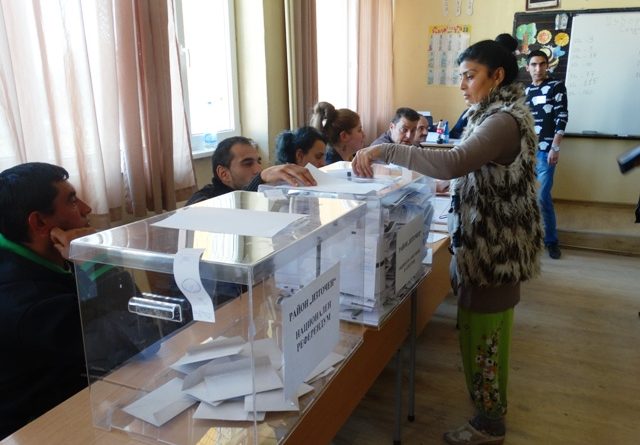 A total of 25 people required first aid, while 10 people, including two pregnant women, had to be taken to hospital. An earlier report that claimed one person died was later denied.

Under Bulgarian law, election officials from polling stations are held responsible for all ballot papers until officially signing them into the custody of the municipal electoral committee. In Sofia, the process was so slow that some people spent, reportedly, more than 20 hours waiting for their turn at the Arena Armeec sports hall, which caused several people to faint.

Reports in Bulgarian media, quoting rank-and-file election officials, claimed that the hall’s entrances were locked to prevent people from leaving. News website Mediapool.bg said that papers from about 400 of Sofia’s 1500 polling stations had been processed by late morning.

CEC has sole authority over the election process, but the country’s government weighed in on the topic, asking the commission to issue a ruling that would allow for the secure storage of ballots and releasing the election officials from the Arena Armeec in order to minimise health risks.

“Without challenging the independence of the Central Electoral Commission, the government is calling for a humane approach and commits to offer full support in guarding election papers and care for the people,” the cabinet said in a statement.

Sofia city hall made a similar call, saying that its own part in the organisation was limited to providing adequate facilities for the process, as well as food and drink for the thousands of election officials involved.

CEC had difficulties throughout the election day with its information system, which the commission blamed on high traffic, while some commentators suspected malicious intent.

Bulgaria’s retail trade in online orders up 53.9% y/y in September