The European Commission has detailed its support of 17 million euro to help Serbia and Macedonia cope with the unprecedented refugee flows in these countries, ahead of the High Level Conference on the Eastern Mediterranean-Western Balkans route taking being held on October 8 in Luxembourg.

This new funding is part of EU’s overall efforts to deal with the consequences of the Syrian crisis, the European Commission said earlier.

European Neighbourhood Police Commissioner Johannes Hahn said: ”This fresh funding available to authorities in Belgrade and Skopje, who have already done a lot to tackle the issue, is an important signal of continued European solidarity”.

Meanwhile, on October 9 European Migration and Home Affairs Commissioner Dimitris Avramopoulos and Luxembourg foreign minister Jean Asselborn are to travel to Italy accompanied by interior minister Angelino Alfano for a concrete demonstration of the roll out of the European Union’s comprehensive response to the refugee crisis, the European Commission said in an October 8 statement.

They will meet with the first group of asylum seekers to volunteer for protection in another member state under the new relocation scheme proposed by the Commission, prior to their departure by plane from Rome’s Ciampino airport, to have their asylum applications processed in Sweden.

Avramopoulos said: “This is a historic day for Europe. It is a great expression of European solidarity, both with those in need of protection, and between our own member states.

“The Commission wishes to thank the Luxembourgish Presidency for the swift adoption of this scheme, and to thank Sweden for leading the way in the first relocation from the 160 000 asylum seekers from Italy and Greece set to be offered asylum throughout Europe over the next two years.”

The October 9 flight is the result of intensive preparatory work on the ground by the Italian and Swedish authorities, by Frontex and other EU agencies, by local NGOs, and by the special envoys which the Commission has deployed, the EC said.

Avramopoulos, Asselborn and Alfano will greet the refugees at Ciampino airport. Later, Avramopoulos and Asselborn will join Italian under secretary of state Manzione in Lampedusa, to visit the hotspot area and to see the support teams in action.

Avramopoulos and Asselborn will then travel onwards to Athens for meetings with the Greek authorities, including prime minister Alexis Tsipras, to discuss the hotspot roll out in Greece, and the planning of the first relocation flights.

Kosovo has a lot to lose from Brexit 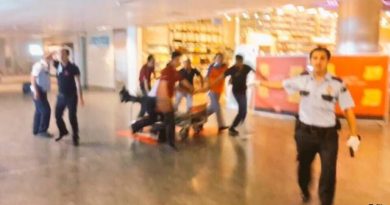