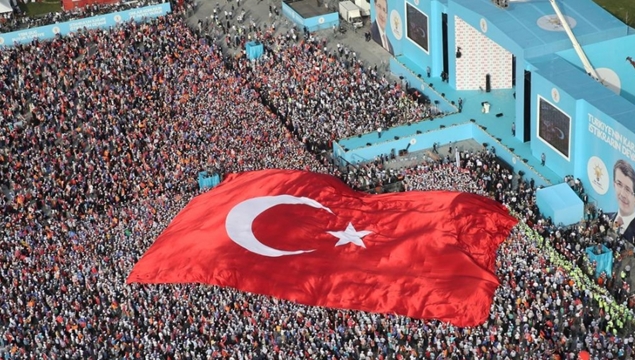 Turkey heading to a November election, a comprehensive public opinion survey indicates the country’s population feels isolated and preoccupied with a deteriorating economy.  The survey also suggests public opinion could be reorienting toward increasingly Western viewpoints.

The survey found a large majority of those interviewed distrust all countries other than Turkey’s neighbor, Azerbaijan.

The survey, conducted by the German Marshall Fund of the United States, shows 91 percent of Turkish residents see the Islamic State militant group as a terrorist organization with 82 percent seeing it as a threat.

“We see a reorientation to the West during the last three years and I think it is a result of the destabilization along Turkey’s borders,” he said. “Turkey is feeling less secure.  But also on the democratic aspect, there was a time when we thought we did not need the EU accession process for democratization.  But with the discussion of backsliding in terms of democracy in Turkey, now there is this notion that the EU is still a democratic anchor for Turkey.”

The European Court of Human Rights was cited as the most trusted international institution, and 44 percent supported Turkey’s European Union membership bid.  There are growing concerns in Turkey about what is seen as the increasing authoritarian behavior of President Recep Tayyip Erdogan and his AKP Party.

In another blow to the AKP, the survey revealed that 51 percent cited the economy and unemployment as the most important issue facing Turkey, with a plurality believing things will continue to deteriorate.

Turkey votes in a general election on November 1 and the AKP is seeking to restore its parliamentary majority after losing it in a June poll.  But the findings of this latest survey indicate it will face an uphill battle.