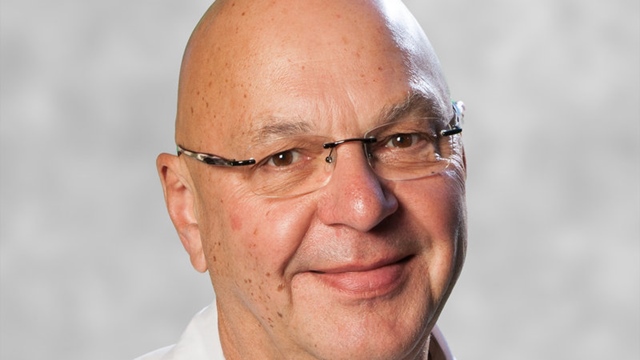 An online petition is gathering signatures against a bid by Kyrgyzstan to extradite from Bulgaria a US/Canadian businessman and retired geologist, Len Homenuik, on charges of corruption that critics decry as fraudulent and intended to put undue pressure on the Centerra company over the Kumtor gold mine.

Homenuik (68) was arrested in Bulgaria on July 27 on the basis of an Interpol Red Notice issued at the request of Kyrgyzstan. He had been travelling a river cruise holiday on the Danube with his family.

He variously has been held in prison in Vidin and under house arrest in Sofia pending the extradition hearing.

On August 20, Kyrgyzstan sent an extradition request to Bulgaria. In contrast to such documents usually being long and complex, the documentation added up to six pages.

Seven days later, a Bulgarian court gave Kyrgyzstan until September 10 to provide further evidence against Homenuik, saying that the documentation that country had submitted was insufficient. The next hearing in the extradition application was set down for September 16.

Earlier in August, media reports quoted the former justice minister of Kyrgyzstan, Almambet Shykmamatov, as saying that Bulgaria granting the request would be impossible because there was no extradition treaty between Kyrgyzstan and Bulgaria.

Critics of the episode say that the case is reminiscent of that of Bulgaria’s arrest of Nikolay Koblyakov, also on the basis of an Interpol Red Notice, which was issued by Russia in what was seen as a politically-motivated attempt against Kremlin critic Koblyakov by Moscow.

In the case of Homenuik, those campaigning for his release see the allegations of corruption and the extradition attempt as part of a campaign by the government in that country against the company that he used to work for.

According to those campaigning on his behalf, Homenuik, while working for Cameco, a large Canadian mining company, presided over the development of the successful Kumtor Gold Mine in Kyrgyzstan.

The international arrest warrant issued by the Kyrgyz government in September 2014 is in connection general allegations of “involvement in corruption.”

Those allegations relate to a 2003-2004 restructure of the Kumtor Gold Mine ownership where Kyrgyzstan traded its interest in the Kumtor Mine in exchange primarily for stock in Centerra Gold Inc., which was then listed on the Canadian TMX stock exchange as part of an initial public offering.

The restructuring was a large and important transaction to the Kyrgyz government — the Kumtor Gold Mine is a significant part of Kyrgyzstan’s economy. The restructuring took years to negotiate, involved teams of lawyers for each of the participants, included a number of international banks and development agencies, and was approved by a Decree of the Government of Kyrgyzstan, and signed into law by its president.

The 2003-2004 restructuring was designed to answer the Kyrgyz government’s need for liquidity in their investment in Kumtor. The restructuring provided for the transfer of the Kyrgyzstan government’s interest in Kumtor, held by a wholly-owned joint stock company (“Kyrgyzaltyn”), into a smaller percentage interest in a larger venture that included several other gold mines around the world in various stages of development. That larger venture, Centerra Gold Inc. (“Centerra”), was listed on the Canadian Stock Exchange in an IPO in June 2004 (the “IPO”). Homeniuk, a geologist and mining engineer, was Centerra’s president and CEO.

The Minister of Justice for Kyrgyzstan wrote a legal opinion confirming that all approvals necessary had been obtained and that the deal was in compliance with all aspects of the laws of Kyrgyzstan. The transaction was audited by KPMG LLP, and scrutinised by the Ontario Securities Commission.

There is yet another restructure agreement in the works between the Government of Kyrgyzstan and Centerra. The government and Centerra reached a non-binding agreement in 2013 that called for Kyrgyzaltyn to trade its Centerra shares for a 50 per cent stake of Kumtor.

But in October 2013, parliament rejected the deal and demanded that they get a 66% stake. There have been calls to nationalise Kumtor.

According to campaigners, “he accusations against Len Homeniuk appear to be based on a desire to improve Kyrgyzstan’s position in that negotiation. One leader in Parliament said that if they didn’t get what they wanted in the negotiation with Centerra, Kyrgyzstan needs to launch criminal charges against Centerra’s executives and employees”.

“The charges against Len Homeniuk are based on the current government’s expressed belief that any deal made by the government in power at the time must have been corrupt.”

The rule of law in Kyrgyzstan is almost non-existent, campaigners for Homenuik say, quoting a 2012 UN report: “[T]he Special Rapporteur concludes that the use of torture and ill-treatment to extract confessions remains widespread. There is a serious lack of sufficiently speedy, thorough and impartial investigation into allegations of torture and ill-treatment. The general conditions in most places of detention visited amount to inhuman and degrading treatment.”

The charges against Homeniuk “ultimately come down to a government which is unhappy with a legitimate deal made by a previous government” campaigners on his behalf say.

“In trying to restructure that deal, they are now calling it corrupt and want to apply as much leverage as possible against Centerra and, perhaps, improve their position in an international arbitration if they decide to nationalise the Kumtor mine.” 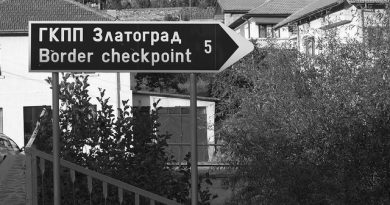