Bulgarians were deeper in debt in arrears in the first half of 2015 than at the same time last year, with debt collectors asked to recover more than 983 million leva (about 502.5 million euro) owed, the Association of Collection Agencies of Bulgaria said on July 30.

Mobile operators were the keenest to collect money owed to them, with debt collectors receiving requests to recovery a total of 432 million leva in the first half of 2015, the association said.

The volume of bad debts handed over for collection by mobile phone companies added up to 44 per cent of all debts assigned for collection, while banks accounted for 42 per cent.

The Association of Collection Agencies of Bulgaria is a member of the Federation of the European National Collection Associations. Founded by five companies in July 2011, it now has 15 members, representing about a 70 per cent share of the market.

In the first half of 2014, members of the association were asked to collect 820 million leva in debts, and the full year total was more than 1.4 billion leva.

In the first half of 2015, inter-company indebtedness added up to more than 170 billion leva, the association said.

Association member Milena Videnova said that the main reason for the threefold increase in inter-company debts assigned for collection was an increase in the popularity of the service. The main volume of debts of companies was because of the collapse of Corporate Commercial Bank, she said.

The share of uncollected debts assigned by non-banking lenders decreased to nine per cent of the total debts processed by debt collection companies in the first half of this year. According to the association, the change was because of a more conservative approach by non-banking businesses in assessing borrowers, improved internal processes of debt management and the sale of distressed debt at an early stage.

The level of bad loans in the non-banking sector remained high, more than 20 per cent.

According to the association, the increase in problematic debt sold by banks was because of the upcoming stress tests that had prompted banks to pay attention to the quality of their assets.

The head of the association, Raina Mitkova-Todorova, said that mobile operators were startled by the low priority that their customers gave to paying their bills. Since last year, they had begun taking more active actions against debtors.

The association’s Alexander Grilikhes said that companies had bid for market share by offering luxury products on payment schemes that were attractive, which had proved to be a temptation for many people who either overestimated their ability to pay or just stopped paying after a few instalments.

Mitkova-Todorova said that people treated payment of credit cards as a low priority. There seemed to be an inability among Bulgarians to use this product in the best way, she said.

She said that the average debtor was a man of about 50, with a good education, living in a big city, who had his own business in the years before the crisis. 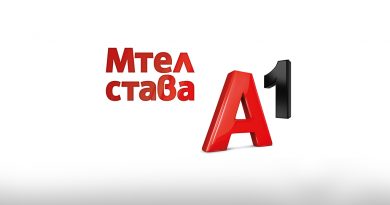