Bulgaria’s Commission for Protection of Competition (CPC) has fined retail chain Kaufland 542 700 leva (about 277 500 euro) for misleading advertising, the regulator said on July 9.

CPC said that Kaufland, part of the Schwarz Gruppe, misled consumers with the campaign claiming that its in-house brand, K-Classic, offered the lowest possible price compared to competing brands.

This was not always the case, with Kaufland sometimes offering the same price as competing brands, which contradicted the language used in the campaign, the regulator said in a statement.

CPC said that the misleading campaign started in June 2010 and went on until late April 2014. The regulator said that the retail chain’s decision to change the language of its campaign after the start of the investigation was considered a mitigating circumstance.

This is the second time this year that CPC has imposed major fines on retail chains operating in Bulgaria for misleading advertising.

In January, retail chain Billa, owned by Germany’s Rewe Group, was fined 483 000 leva (about 247 000 euro) in a case similar to the Kaufland one, in which the chain’s campaign misled consumers into thinking they were paying the lowest price possible for the retailer’s in-house brand.

Also in January, the Lidl chain, which like Kaufland is owned by Schwarz Gruppe, was fined 371 000 leva (about 189 600 euro) for two violations – the first was that its advertising campaign, claiming that the chain offered “the best from Bulgaria, the best from Europe”, did not present any objective proof, and also for using a “Made in Bulgaria” logo without having the right to do so. 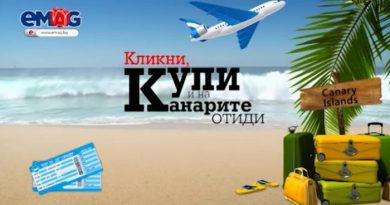