It has long since become a familiar pattern. There is a protest in some far-right cause or a conflict, lately often involving Roma people, and soon on the scene are groups of young men, fit, with close-shorn scalps, a few draping themselves in the Bulgarian flag, sometimes with weapons, perhaps with just a few leva in their pockets.

Often they are referred to as football fans, an insult to that game, but based on the notion – denied by the clubs themselves – that there are idle and aggressive young men for hire for suitable occasions.

Bulgaria prides itself on its self-proclaimed traditions of ethnic tolerance, but more than once, there have been incidents to bring that tolerance into question – or at least to suggest that there is an intolerant minority, whether motivated by hatred or money or both, that has become a recurring sight in the streets of villages and towns.

There have been the anti-immigrant “civic patrols” of two years ago, unlawfully demanding to see identification documents in the centre of Sofia where many refugees had taken shelter. There was the February 2014 assault on the Dzhumaya mosque in Plovdiv. In the headlines of recent weeks and days, the presence of those young men with their black T-shirts and cammo shorts in Garmen and in Orlandovtsi.

There were numbers available for the 2013 anti-immigrant marches in Sofia (matters in which certain far-right minority parties were not cleanly innocent) and there is always a turnout to bear flaming torches in the annual Lukov March.

That is one side. There are also those who suggest that, especially with municipal elections coming to Bulgaria in October with the concomitant battle for control of cities, towns and villages, there may be Roma people – especially those lately moved to become new residents in key areas – who perhaps are not above acting as agents provocateur.

In the recent incidents in Garmen and in Orlandovtsi, there were certain similarities in the sequence of events.

In both, the incidents began after groups of Roma people were asked to turn down loud music, which in each case led to fighting. Police intervened, the media established that in each case, there were long-standing grievances (involving new influxes of “outsiders”, allegations involving petty crime and intimidation, notably) and in both cases, the arrival of those short-haired young men, in numbers.

In both cases, additional police had to be deployed to prevent attempted incursions into the Roma areas. Recent reports said that in Garmen, Roma children had stopped going to school (and that in a national context where truancy among Roma school pupils is reported to be endemic) – with their absence in turn resulting in their parents reportedly being deprived of social benefits.

Garmen was widely described in the media as an ethnic clash, although Interior Minister Roumyana Buchvarova denied it was. Not a few commentators saw the recent trouble as rooted in the arrival of people from elsewhere, allegedly to bolster individual political fortunes in the coming municipal elections.

In Orlandovtsi, where the clash was followed by a large-scale police operation and more than 30 arrests, with criminal charges already filed, police remained in the area and on the alert on June 15, confirming that there were concerns about agents provocateur aggravating the situation.

As reported by Bulgarian National Television, Sofia police head Mladen Marinov said that the local population should not allow people who did not live there to exacerbate the situation, “as the people who live there will remain living there, but those who do not, who provoke riots, will not be living there”.

Separate reports quoted the director of the national police, Hristo Terziiski, said that people had come from other parts of Sofia, “who fit the profile of sports hooligans or participants in hooliganism at mass gatherings and public events”.

He said that police were carrying out an operation in the area to search for people captured by television cameras as carrying during the protest axes, sticks and tools “that can be used only for inflicting a beating”.

BNT reported that in Orlandovtsi, there were problems that had accumulated over the years, extending to the local church having been robbed, intimidation, theft and residents feeling that it was too unsafe to go out on the streets at night. Several of those interviewed blamed people who had come to the area recently, which had been followed by an increase in theft.

Mihail Popov, a member of the board of the St Petka church – the one that had been burgled – said, “even the local Roma complain that they steal from them”.

“And the local Roma, when they go to complain to the police, the police usually say, ‘that’s your business, gypsy, go sort it out yourself’,” Popov said.

Sofia police head Marinov issued an assurance, reports said, that police were in the Orlandovtsi area after the June 13 clashes to prevent reprisals, not only to protect Roma places. Steps were being taken towards talks with the local population, together with the mayor, in order to avoid an escalation of tensions, he said.

Terziiski said that he could not say that behind the protest that was organised for the night of June 15 there were political or other interests: “Organising a protest is not a criminal offence. There may be such an organisation, but we take care of the maintenance of public order”.

“We have no facts or data that a political organisation is behind these protests,” Terziiski said.

And in Garmen, meanwhile, police on the night of June 14 prevented a further attempt to break through police lines to reach the Kremikovtsi area, the Roma neighbourhood in the municipality.

With authorities saying that the incident in Garmen was not an ethnic clash and police saying that there was no evidence of a political organisation behind the planned June 15 protest in Orlandovtsi, it may be too early to reach further conclusions – beyond noting again that the police themselves have said that in Orlandovtsi there were faces familiar to them from other incidents and events.

But in the months remaining to the first round of the elections on October 25, it will be well worthwhile noting whether the patterns of Garmen and Orlandovtsi are repeated, and quite what Bulgaria’s politicians of various stripes have to say about it. 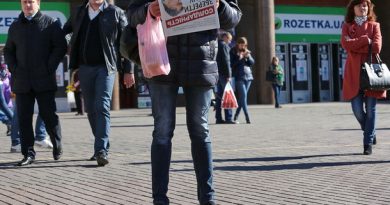 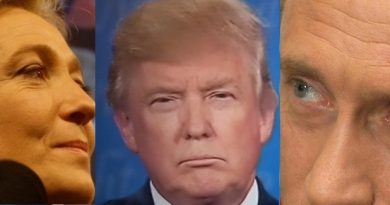