The ad hoc committee tasked with investigating the circumstances that led to the bankruptcy of Bulgaria’s fourth-largest lender has filed a bill that envisions lifting banking secrecy rules in the ongoing saga of the Corporate Commercial Bank (CCB).

The committee’s chairperson, Dessislava Atanassova of GERB, said on June 4 that the amendments will affect all political parties, politicians and their first-degree relatives, as well as any related legal entities. The bill also allows making public the names of any depositors that carried out operations with their funds after CCB was put under the central bank’s administration and the names of all companies that took loans from CCB and then extended loans themselves.

Atanassova said that the bill would not be the only document produced by the committee, whose term expires on June 12. “This is only the beginning of the end of the activity of the committee. We are preparing a report that we shall table for discussion next week,” she told reporters.

The bill tabled on June 4 also contains amendments to the Bank Insolvency Act to give the company that Bulgaria plans to hire to track the funds and recover CCB’s assets the necessary tools to access records of all financial transactions. Atanassova said that the Finance Ministry was in talks with two companies vying to take the job, but gave no further details. 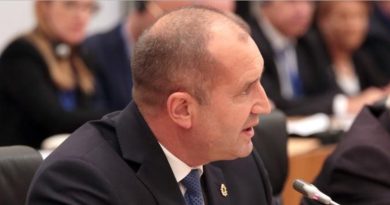