Bulgaria’s Finance Ministry has said that the consolidated Budget surplus grew to 1.07 billion leva, or 1.3 per cent of the forecast gross domestic product (GDP), at the end of April, up from 257.1 million leva a month earlier.

The surplus represented an improvement of 2.3 per cent of GDP compared to the same period of 2014, when the consolidated Budget deficit was 864.5 million leva. April is traditionally a very strong month for budget revenues because of the one-off boost from income tax receipts – the last day of the month is the annual deadline for submitting income tax forms for the previous year, in Bulgaria.

This year, the revenue side of the Budget was boosted by improved tax revenue collection, but also incoming EU funds during the month of April, which reimbursed money spent in 2014.

In Bulgaria, the four-month Budget data usually gives a clear picture of the state of public finances – in the first quarter, revenue is sluggish as a rule, but that is offset by the April boost.

The upward trend is set to continue in May, with the five-month Budget surplus set to reach 1.15 billion leva, according to the Finance Ministry’s forecast. If the ministry’s forecast comes to pass, this year will show an improvement of 2.04 billion leva, or 2.5 per cent of GDP, over the same period of 2014.

In January-April, the state Budget had a surplus of 536.5 million leva and the EU funds surplus was 530.1 million leva. Bulgaria’s contribution to the EU budget for the first three months of 2015 was 376.1 million leva. 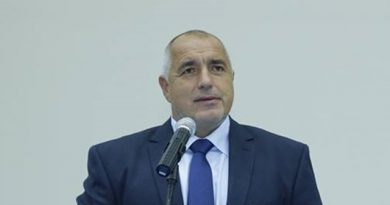