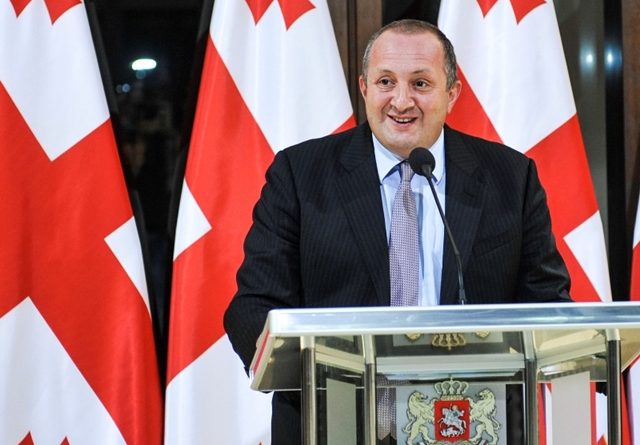 Six former Soviet bloc countries will attend Thursday the European Union’s Eastern Partnership Summit in Riga, Latvia. The meeting comes amid high tensions between Europe and Russia over the future of the region.

“We are facing a new understanding of Europe and its neighborhood and what it means. I think the European Union managed to have a very united position on saying that the countries have a right to decide their future,” said Lutsevych.

The last Eastern Partnership summit in November 2013 saw Ukraine’s then president Viktor Yanukovych make a last minute U-turn on signing a deal with the EU, under pressure from Russia.

That brought pro-EU protesters onto the streets of Kyiv, leading to the ouster of Yanukovych – and months later, Russia’s forceful takeover of Crimea.

Moscow’s actions have driven the former Soviet states closer to Brussels, according to Kadri Liik of the European Council on Foreign Relations.

“All countries are trying to reach out to the EU more than earlier, including the so-called laggards – the ones who clearly used the European connection in order to balance Russia’s influence. Especially that includes Azerbaijan and Belarus. They are now scared about what Russia might do,” said Liik.

Along with Ukraine and Moldova, Georgia has signed an Association Agreement with the EU. President Giorgi Margvelashvili said Europe must not be cowed by Russian demands.

“The paradigm that Russia legitimately somehow considers that furthering Georgia’s European choice is their national threat, and somehow Europeans have to take this into the consideration, this is absurdity. An absurdity that has to be confronted with a positive European agenda,” said Margvelashvili.

But that agenda remains unclear – and full membership in the EU is not on the table, said Liik.

“You can get access to the market, you can get visa-free travel, but will you be able to become a member of the European Union? That has always been unanswered,” said Liik.

The answer is likely to be ‘no,’ said Lutsevych. “Europe is not ready to expand its borders and to allow more countries into the club.”

While reaching to the former Soviet states, Europe is also trying to ease tensions with Russia.

Ukraine’s president already has said he wants to apply for EU membership by 2020. Analysts say that ambition may not be matched in Brussels.

Juncker: There won’t be a Grexit, but Athens is not co-operating