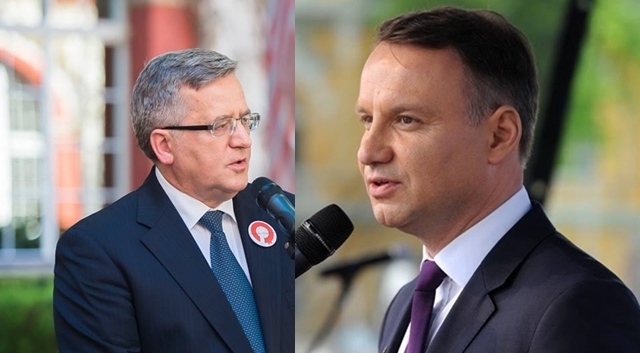 No official results have been released. But exit polling, if confirmed, will trigger a May 24 runoff vote between the top two vote-getters.

Ahead of the polls, analysts predicted a run-off vote, after what many pundits described as a lackluster campaign that focused on national security and domestic issues.

Komorowski, a 62-year-old historian and former defense minister, was first elected in 2010 and campaigned for a second term largely on national security challenges, including heightened tensions with Russia spawned by the Ukraine crisis.