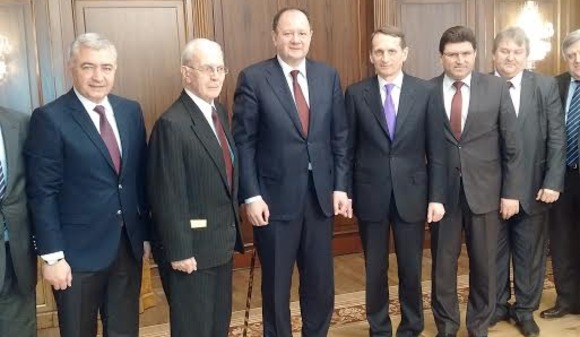 Sanctions against Russia are inefficient, adversely affect inter-parliamentary relations between Bulgaria and Russia and are having a negative impact on the economy not only of Bulgaria but also of South Eastern Europe, Bulgarian Socialist Party leader Mihail Mikov said during a visit to Moscow.

The Bulgarian Socialist Party, which held the mandate to govern in 2013 and 2014 but which stepped down in the face of public protests and massive electoral defeat in European elections, currently is a distant second in the number of seats in Bulgaria’s Parliament.

A media statement after Mikov met the chairman of the State Duma, Sergey Naryshkin, said that Mikov had stated the BSP’s firm position in favour of the lifting of sanctions against Russia and opposing the introduction of new ones.

Naryshkin said the crisis in Ukraine should not tarnish the “traditionally good relations” between Russia and Bulgaria, the BSP media statement said.