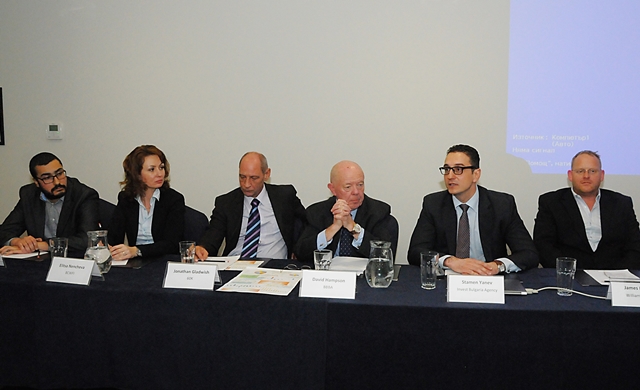 The recently-founded British Bulgarian Business Association (BBBA) and the InvestBulgaria Agency are to sign a co-operation agreement, according to a BBBA statement.

This became clear during a BBBA conference on prospects and challenges for trade and investment between Britain and Bulgaria, held on February 25 at the Radisson Blu Hotel Sofia, the statement said.

The conference was opened by Stamen Yanev, Executive Director of InvestBulgaria Agency, official guest of the first business event by the BBBA, which was established on January 9 2015.

Yanev, appointed head of the InvestBulgaria Agency on January 20, highlighted the importance of the collaboration between both organisations for stimulating and supporting business between Bulgaria and the United Kingdom.

The statement said that BBBA chairman David Hampson thanked Yanev for the outstretched hand and the declared support for the association. He said that the main focus for BBBA would be to stimulate, create and develop business opportunities between the UK and Bulgaria. Its mission is to facilitate both British companies interested in the Bulgarian market, and Bulgarian members wanting to develop business in the UK.

Five successful business models were presented during the conference by companies working in different branches, all of them developing businesses both in Bulgaria and in the UK: William Hughes Ltd, represented by James Hughes; 60К, represented by Jonathan Gladwish; Bulgarian Branch Chamber of Woodworking and Furniture Industry, represented by Elitsa Nencheva; Scale Focus, represented by Dafar Shaban, and Athlon, represented by Mihajlo Nikolic.

The BBAA said that one month after its establishment, the association already has more than 60 members.