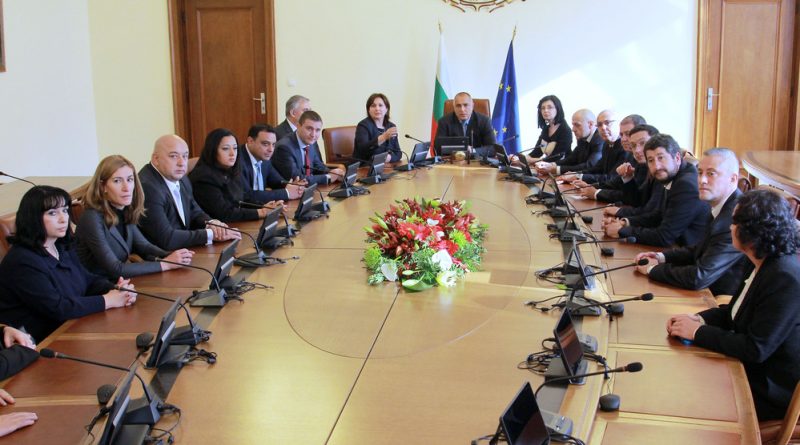 Bulgarians may hardly be gushing with affection for Prime Minister Boiko Borissov’s current government but at least more than 60 per cent want it to serve a full term in office, going by a new opinion poll.

Borissov became the country’s head of government for the second time in November 2014, having previously been prime minister from 2009 to early 2013. His government was followed by a deeply unpopular administration, formed in the name of the Bulgarian Socialist Party, that saw the country plunged into political turmoil.

Bulgaria had a succession of three governments in 2014 – a fact that the European Commission, in its new report on the state of the judiciary and the fight against organised crime and corruption, noted as worsening any progress on reforms.

The current Borissov government is a centre-right coalition cabinet with backing from a minority socialist party and an ultra-nationalist parliamentary group. This was the result of a deal put together in weeks of difficult negotiations after voters handed the BSP a thorough thrashing and elected a legislature containing eight parties and coalitions.

Alpha Research, in a poll the results of which were announced on January 29, found that the participants in the ruling coalition not only had not lost, but even had gained some electoral dividends.

This was because of the prevailing desire among Bulgarians for stability, the continuous deep erosion of faith in institutions, and critically low confidence in the judiciary, the pollsters found.

Bulgarians seriously doubted the will of the state to perform its functions and to enforce the rule of law.

After nearly two years of acute political confrontation and social protests, the second government of Borisov has embarked on its term in office in a difficult environment, characterized by economic pessimism that is continuing for a fifth year, an enduring institutional crisis, complex coalition relationships and acute need for reform.

The 43rd National Assembly, elected in autumn 2014, has just 11 per cent approval. Opinions about head of state President Rossen Plevneliev remain strongly divided, with a 29 per cent approval to 34 disapproval rating.

Alpha Research said that Borissov’s centre-right GERB party continued to enjoy twice as high electoral potential as the Bulgarian Socialist Party, which had just 11.4 per cent while GERB had 23.2 per cent.

The opposition Movement for Rights and Freedoms, the third-largest party in the current parliament and formerly part of the 2013/14 ruling axis, was attracting its customary level of support but the approval rating of MRF leader Lyutvi Mestan had plummeted.

The Reformist Bloc had gained slightly, to 6.5 per cent, while the approval rating of Radan Kanev, the bloc’s parliamentary group co-leader, had doubled.

The Patriotic Front had 5.1 per cent and ABC 2.9 per cent, while the leaders of the two had gained.

Interest in Bulgaria’s municipal and mayoral elections, expected in autumn 2015, was gaining.

The picture was mixed, with 42 per cent intending to vote for their current mayors while 39 per cent wanted a change. In Sofia, the mayor still had majority support but in some smaller cities and towns, mayors were in for a battle to hold on to their posts.

The first month of 2015 also finds Bulgarians still pessimistic about the country’s development, with 55 per cent believing that the negative economic trends will continue, against just five per cent who are optimistic.

About 38 per cent held that the financial situation of their household was deteriorating, five per cent that it was improving while the rest saw it as unchanged.