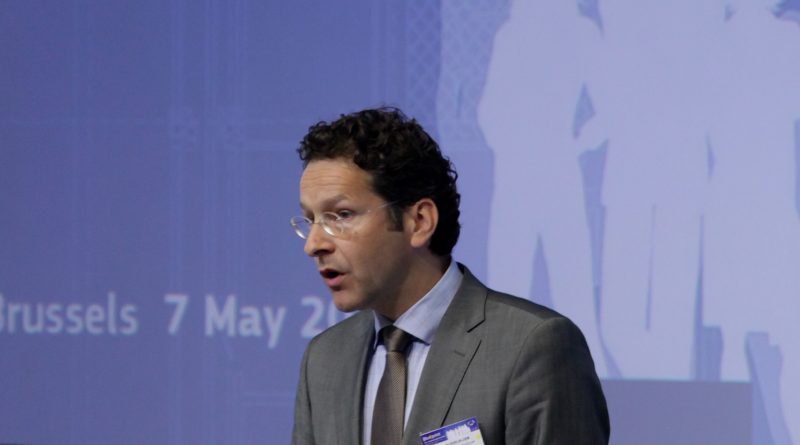 European Union finance ministers meeting in Brussels have suggested they are open to giving Greece more time to pay back its debt, but there is little support for a total write-off, after the anti-austerity Syriza party swept Greek elections.

Heading into a key meeting of finance ministers from the 19-member euro currency zone, chairman Jeroen Dijsselbloem said the group is open to talks with the new Greek government on extending, but not forgiving, Athens’ massive debt.

“We fully understand that a lot of work has to be done and we stand ready to support them. Of course, membership of the eurozone also means that you comply to all that we have agreed with each other. Writing off debt, in nominal value, I do not think there is a lot of support for that in the eurozone,” he said.

Dijsselbloem’s remarks came as 40-year Alexis Tsipras was sworn in as Greece’s new prime minister, a day after his left-wing Syriza party won legislative elections. He says he will form a coalition government with the right-wing Nationalist Independent Greeks party.

Syriza’s victory on an anti-austerity platform, and its promises to renegotiate the terms of its massive bailout, has drawn a mixed response across the European Union. The most powerful EU member Germany, the biggest contributor to EU bailouts, has also ruled out any debt writeoff.

In Britain, which is not a eurozone member, Finance Minister George Osborne called on the Greek government to act “responsibly.” He spoke to BBC’s Radio Four.

“Ultimately, if you take at face value all the things that the new Greek government has promised, including big expenses in public expenditure, I think that is going to be very difficult to deliver. And incompatible with what the eurozone currently demands of its members. But I hope that both sides now act responsibly,” he said.

The party’s anti-austerity platform has resonated among struggling eurozone members like Portugal, which also received tough bailout terms and France, which is pushing for more pro-growth policies from Brussels.

French President Francois Hollande congratulated Syriza on its win, and vowed to work with Greece to support growth in the eurozone. Like others in Europe, French far left and far right parties hailed Syriza’s victory.