Bulgarians are among European Union citizens who are the most positive about the EU, but ironically, more than half do not feel as if they are EU citizens.

This emerges from a new poll by Eurobarometer, covering autumn 2014 and released on December 17.

Bulgarians saw the issues facing the country as, in order, unemployment (49 per cent), the economic situation (44 per cent) and health and social security (24 per cent).

Bulgarians also were among the most pessimistic about the economic situation in the country, with just six per cent willing to say that they saw it as “good”, the Eurobarometer survey found.

As to the euro as the EU’s single currency, Bulgarians were close to evenly divided, with 45 per cent in favour and 42 per cent against.

In the Netherlands, equal proportions of the population have a positive and a neutral image of the EU (37 per cent positive, 37 per cent neutral, 26 per cent negative).

Respondents are most likely to have a neutral image in 12 countries.

In the remaining three EU countries, majorities of respondents have a negative image of the EU: Greece (44 per cent), Cyprus (38 per cent) and Austria (36 per cent).

Unemployment is the main national concern, mentioned by 45 per cent of Europeans: it is the most cited item in 21 countries.

Immigration is the third most important national concern (mentioned by 18 per cent of Europeans), and it comes first in three countries: Malta (57 per cent), the UK (38 per cent), and Germany (37 per cent), after a 15-point increase in this survey following a previous 6-point increase between autumn 2013 and spring 2014.

Health and social security, mentioned by 16 per cent of Europeans, in fourth position, is the first item mentioned in the Netherlands (56 per cent).

In third position for Europeans as a whole (25 per cent), the state of EU countries’ public finances is in first place in four countries (up from three in spring 2014): Finland (47 per cent), Austria (34 per cent), Slovakia (33 per cent) and the Czech Republic (27 per cent).

Immigration, which is now the fourth most important concern at EU level with 24 per cent of mentions, is the first item mentioned in four countries: Malta (46 per cent), Germany (37 per cent), Bulgaria (35 per cent) and the UK (33 per cent).

At the other end of the scale, the economic situation continues to be viewed very pessimistically in eight member states where fewer than one in 10 respondents believe that the situation of their economy is good: Greece (2 per cent), Spain (3 per cent), Portugal and Bulgaria (both 6 per cent), Cyprus and Italy (both 7 per cent), France (8 per cent) and Slovenia (9 per cent).

In 23 member states, including all the members of the euro zone, majorities of citizens
say they are in favour of “a European economic and monetary union with one single
currency, the euro”.

At the other end of the scale, respondents in Bulgaria are much more divided, but a majority of them now support the euro (45 per cent vs. 42 per cent).

Conversely, majorities oppose the euro in five EU countries: Sweden (73 per cent), the United Kingdom and the Czech Republic (both 70 per cent), Denmark (61 per cent) and Poland (48 per cent vs. 40 per cent “for”).

In contrast, more than half of Europeans do not feel that they are citizens of the EU – in
Greece (55 per cent), Italy (51 per cent) and Bulgaria (51 per cent). 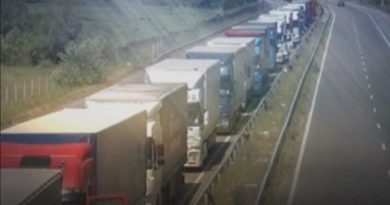