Bulgaria’s Supreme Administrative Court (SAC) held the first hearing on December 15 in the case appealing against the Bulgarian National Bank’s (BNB) decision to strip the Corporate Commercial Bank (CCB) of its licence.

The court admitted the appeals lodged by Bromak, the investment vehicle of CCB majority shareholder Tsvetan Vassilev, and Bulgarian Acquisition Company, owned by an Omani sovereign fund, which had a stake of 30 per cent in the lender. The SAC also admitted appeals by the bank’s former CEO Orlin Roussev and one of the minority shareholders (who wanted the hearing postponed but was denied), but rejected the claims lodged by other minority shareholders.

The first hearing by SAC’s three-judge panel dealt mainly with procedural issues, including a request from Vassilev’s lawyers that the judges recuse themselves and a motion to postpone proceedings until another five-judge panel issues a final ruling whether the CCB depositors and high management should be allowed to take part in the lawsuit as interested parties. Both motions were denied by the court, specialist judiciary news website Legalworld.bg reported.

The judges did decide that CCB itself should be represented in the lawsuit, but did not clarify whether it should be the administrators appointed by the BNB in June or the board of directors who were suspended when the lender was put under the central bank’s special supervision, Legalworld.bg reported.

Additionally, the court removed the lawyers representing BNB from the courtroom because the duo given power of attorney to represent the central bank, but it is the BNB governing council that is party to the proceedings, Legalworld.bg said.

The judges gave the BNB council and CCB one week to draft and submit their positions on the case to the court, scheduling the next hearing for February 9 2015.

In other news related to CCB, the Finance Ministry said on December 15 that it has completed the full payout of funds held by various municipalities as deposits in the bank, worth a total 76.1 million leva. The ministry said earlier that in exchange for repayment of municipalities’ money, it would take over the deposits and expected to recoup the money as a preferential creditor of CCB as part of insolvency proceedings. 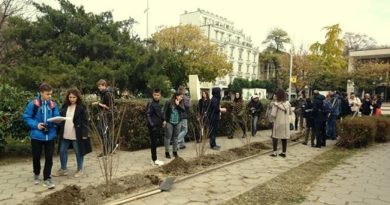