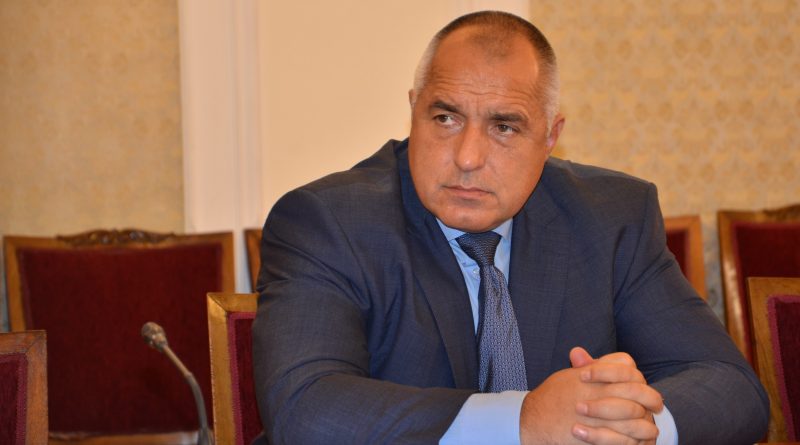 Bulgarian Prime Minister Boiko Borissov and his goverment have begun a series of changes among goverment office-bearers, in some ways continuing a process begun at the time of the caretaker cabinet.

The changes include the appointment of several deputy ministers, a routine sequel to a new government taking office. In some cases, however, some deputy ministers are carry-overs from the caretaker cabinet.

Borissov is back at the helm of government, having been Prime Minister of Bulgaria from 2009 to early 2013, but out of office when the May 2013-August 2014 Bulgarian Socialist Party-Movement for Rights and Freedoms ruling axis was running the country.

That now-departed ruling axis made a long list of changes, claiming at the time that it was getting rid of the “political” appointments made by the previous Borissov government and replacing them with so-called “experts”.

The process of reversing, in turn, many of the former ruling axis’s changes began when the caretaker cabinet took office in August 2014.

Unlike the caretaker cabinet of 2013, the 2014 Georgi Bliznashki dismissed all deputy ministers from the time of the BSP/MRF government. Other notable changes included the head of the Customs Agency, returning a Borissov appointment to the post, and at the State Energy and Water Regulatory Commission, pushing out the BSP appointment to make the latest of many changes under various governments at the head of the regulator.

The appointments of deputy ministers in what Bulgarian headline writers call the Borissov 2 government includes, for that matter, one case of a caretaker minister staying on as deputy to the new minister.

The first set of announcements after Borissov was elected Prime Minister by Parliament on November 7 saw the appointment as deputy ministers of foreign affairs of Katya Todorova, Valentin Poryazov and Roumen Alexandrov.

Anton Ginev and Valery Borissov were appointed Deputy Ministers of Transport and Communications. They have occupied these posts in previous governments.

Karina Karaivanova was appointed second Deputy Minister of Finance. She was Director of the National Fund Directorate since the beginning of 2011, with a gap between December 2012 and February 2013, when she was Deputy Minister.

Paul Gudzharov became Deputy Minister of Environment and Water. He has a master’s degree from the Tsenov Academy of Economics. He is former deputy mayor of Rakovski municipality and was an MP in the 42nd National Assembly.

On November 11, Borissov decreed the appointment of a further 15 deputy ministers.

The Deputy Ministers of Economy are Daniela Vezieva, who has a master’s degree in economics from the Tsenov Academy of Economics and is Head of the Administrative, Legal, Financial, Economic and Information Services Department at the Regional Inspectorate of Education in Rousse, and Luben Petrov, who has a master’s in economics from the University of National and World Economy. Since 2011 he has been working as an expert and a freelance consultant, and before that he was a member of the Monitoring Committee of OP Development of the Competitiveness of the Bulgarian Economy, member and Deputy Chairman of the Regional Development Council of the Southwest Region, and was mayor of Vitosha metropolitan area.

Boil Banov retains the post of Deputy Minister of Culture. The other deputy minister is Boni Petrunova, Deputy Director of the National Archaeological Museum at the Bulgarian Academy of Sciences.

Kostadin Kostadinov, head of the Mechanics of Discrete Systems science research field at the Institute of Mechanics, Bulgarian Academy of Sciences, was appointed as the new Deputy Minister of Education and Science. Vanya Kastreva and Nikolay Denkov retained their posts as Deputy Ministers.

Others who held posts in various state institutions at the time of the previous Borissov administration, but lost them under the BSP/MRF ruling axis have got them back in November 2014.

Some changes remain to be carried out.

At the time of the now-departed ruling axis, then-interior minister Tsvetlin Yovchev handed Interior Ministry chief secretary Svetozar Lazarov what was intended to be seven-year copper-bottomed security as the occupant of that post, even at a time that it was becoming clear the then-government would have to make way for elections that would see voters fling it out of office.

The amendments also will return to the President the power of appointment of the chief secretary of the Interior Ministry.

Further, the changes to the Interior Ministry Act also seem set to make it possible to prod Vladimir Pisanchev, appointed in July 2013 to head the State Agency for National Security after the Delyan Peevski debacle, to walk the plank. 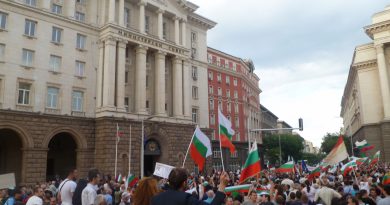