Bulgaria’s centre-right GERB and Reformist Bloc moved swiftly on November 5 to negotiate with the nationalist Patriotic Front and minority socialist party ABC to secure a deal on a coalition government.

GERB leader Boiko Borissov, the party’s nominee for prime minister and as of November 5 official holder of a mandate to seek to form a government, needs not only the Reformist Bloc but other votes to get his cabinet approved.

After receiving the mandate from President Rossen Plevneliev, Borissov said that he would back at the Presidency the next day or on Friday – either to declare that he had an electable government ready or to return the mandate.

Should Borissov’s negotiators achieve a deal, it is expected that the proposed cabinet would be put to the vote in Bulgaria’s unicameral Parliament, the National Assembly, on November 7. Failure would likely put the country on the path to yet another early parliamentary election.

It had been envisaged that a GERB-Reformist Bloc cabinet would be backed by the votes of the nationalist Patriotic Front and socialist breakaway minority party ABC. But both of the minority parties went cold on a possible deal when they examined the proposed cabinet’s programme declaration and found their policy priorities missing.

After the mandate-handing ceremony at the Presidency, negotiators from GERB, the Reformist Bloc and the Patriotic Front went into trilateral talks – which in turn were interrupted after two hours because GERB had an appointment with ABC negotiators.

Emerging from the trilateral talks, Reformist Bloc negotiator Radan Kanev indicated that there was general agreement among the three political formations on issues of importance to the Patriotic Front.

Patriotic Front leader Krassimir Karakachanov was reported to have told journalists that GERB and the Reformist Bloc were taking on the PF’s points. He added that cabinet posts had not been discussed.

Even though an agreement between GERB, the Reformist Bloc and the Patriotic Front would provide enough votes for a cabinet to be approved by the National Assembly, GERB also wants ABC support for some policies.

Of the eight parties in the new National Assembly, some already have made clear they will vote against a GERB-led cabinet. These include the second-ranked Bulgarian Socialist Party and ultra-nationalists Ataka. Support from populist Bulgaria Without Censorship, now calling itself the “Bulgarian Democratic Centre” is unlikely, while Borissov has said he does not want support from the Movement for Rights and Freedoms, which is closely associated with the former ruling axis. 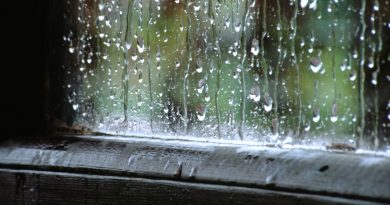 Allegations fly in rows over financial issues at Bulgarian orchestra, opera and theatres