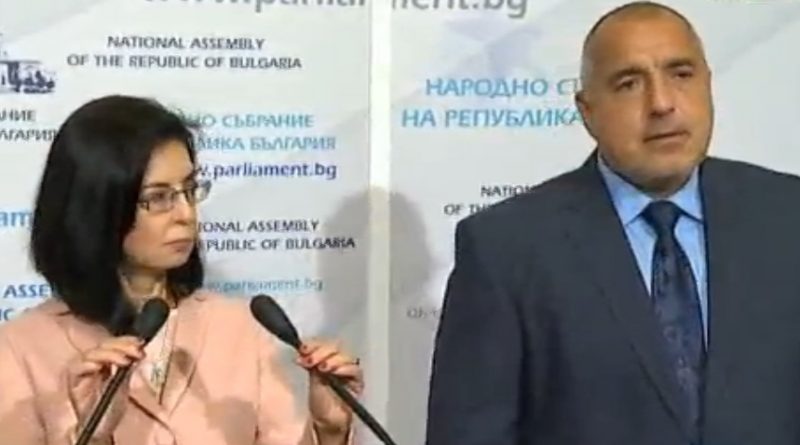 A meeting of leaders of seven out of eight parties in Bulgaria’s new Parliament has convinced GERB’s Boiko Borissov that the only option he has is to form a minority government along with the Reformist Bloc with the cabinet serving a full four-year term.

As a follow-up to the October 28 talks among the leaders of parties and coalitions in Parliament, the Reformist Bloc was to meet to decide on participation in the minority government.

Borissov had made a formal call for the eight-party talks the previous day at the opening sitting of the 43rd National Assembly.

On October 28, Borissov told reporters that all parties favoured, as the constitution spelt out, that the cabinet should have a full four-year term of office.

Borissov said that if the National Assembly voted the government into office and he was prime minister, every Tuesday the agenda of the cabinet meeting for the following day would be put to a similar format of “leaders meeting”.

He gave a nod to the Bulgarian Socialist Party for, while saying that it would remain in opposition, being open to a system of dialogue.

Borissov described the “leaders meeting” of October 28 as having marked “great progress”.

He said that the proposal was for GERB and the Reformist Bloc to sign a coalition agreement by October 31 and for this to be sent to the other parliamentary groups to establish which aspects they would support.

“We will welcome the support of all parties, depending on the topic,” Borissov said.

All parties had strongly emphasised that early elections during the coming winter would be “fatal” for the country, he said.

Kouneva said that the goals of the Reformist Bloc in participating in this centre-right “bloc” would not be displaced. She said that Borissov’s attempts to ensure wider support had encountered mutually exclusive claims and that would not make possible stable support for a government.

According to Kouneva, all leaders at the meeting agreed that it was the will of Bulgarian voters that a centre-right coalition of GERB and the Reformist Bloc be given a chance to govern.

Those who took part in the meeting were Borissov, BSP leader Mihail Mikov, Movement for Rights and Freedoms leader Lyutvi Mestan, Patriotic Front parliamentary group leader Valeri Simeonov, Kouneva, Svetlin Tanchev and Roumen Yonchev of the “Bulgarian Democratic Centre” as the populist Bulgaria Without Censorship’s parliamentary group now calls itself, and Ivailo Kalfin of socialist breakaway ABC. Ataka leader Volen Siderov did not respond to Borissov’s invitation to the meeting.