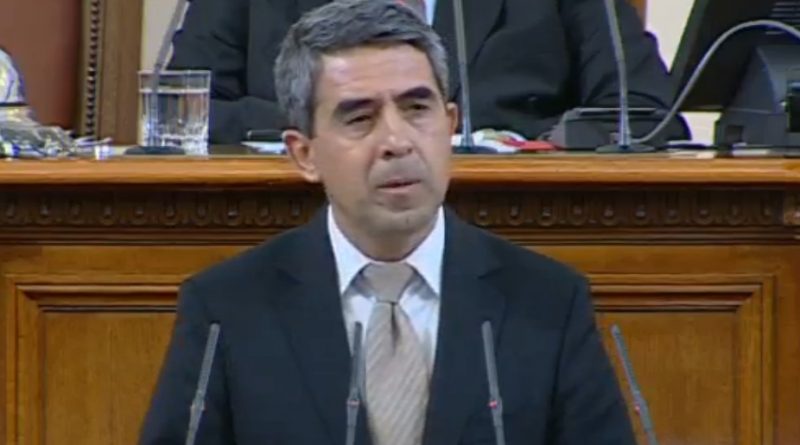 In his first address to the newly-elected 43rd National Assembly on October 27, Bulgarian President Rossen Plevneliev outlined the major challenges faced by the new Parliament and called for dialogue between the parties and coalitions represented in the new legislature.

“I welcome the new approach that political forces showed before the convocation of the 43rd National Assembly – an approach of dialogue, of comparing positions and seeking agreement and results on national priorities through principled agreements and action programmes,” Plevneliev said.

“This approach contributes to the building of trust and reaching a higher degree of stability in the country. I hope that this new and constructive approach will not be forgotten after the formation of government, but will become the basis of wide political support for reforms and actions in public interest.”

Stability and pursuit of stability was a consistent theme of Plevneliev’s address, who described the absence of stability as the biggest threat to Bulgaria. “It is important that we reach a higher degree of political and institutional stability. It is important for the economy, the incomes, the regions, the creation of new jobs and a better life for Bulgarians,” he said.

“The citizens, investors and markets are restless. The problems are many and urgent, and the time to find a solution is running out. The debts and deficits are rising, while investment is at an unsatisfactory level, as unreformed sectors are draining what little investment resource the state has.”

Plevneliev said that there were no unbridgeable differences in these areas of strategic importance to the future of the country: “In my address to the 42nd National Assembly, I called on MPs to pass a declaration on Parliament’s priorities. Instead, the adopted approach was a destructive one, which deepened the crisis and Bulgaria lost valuable time.”