The audits carried out at the Corporate Commercial Bank (CCB) found that the bank’s books are full of impaired assets, requiring a write-down of 4.22 billion leva (about 2.16 billion euro), the Bulgarian National Bank (BNB) said on October 22.

CCB was Bulgaria’s fourth-largest lender by assets when it was put under the central bank’s special supervision on June 20 following a bank run on deposits. An initial review of the bank’s books found it was about 206 million leva short on cash – with the bank’s majority shareholder Tsvetan Vassilev now under investigation on suspicion of embezzlement – and parts of loan documentation missing, BNB said in July.

The central bank later ordered a more comprehensive audit of CCB’s books, carried out by Ernst&Young Audit, Deloitte Audit and AFA, which were also tasked with bringing the bank’s internal rules in line with international financial reporting standards. The audit was completed on October 20.

BNB said that the audit report found that the book value of CCB’s assets at the end of September was 6.66 billion leva, but its loan portfolio required a write-down of 4.22 billion leva. The main reason is that CCB’s internal rules allowed many loans to be categorised as performing, but if all currently un-serviced loans were to be categorised as non-performing, the write-down would be even larger, at 4.76 billion leva, according to the audit report.

The auditors found numerous bad practices at CCB, including no in-depth checks on loan applicants, lax analysis of business plans presented by applicants, a lack of oversight concerning loan collateral (only 13 per cent of CCB’s loan portfolio was covered by adequate collateral) and the loan recipient’s current activity, lax book-keeping of loan documentation, BNB said.

CCB also engaged in complex operations meant to hide the purpose of its transactions, such as lending to special-purpose vehicles and holding structures to finance the acquisition of assets. Such actions, which were unusual for the banking system, according to the auditing firms, did not comply with the standards of good banking practices.

In total, 138 entities received loans worth 5.34 billion leva, or 96.6 per cent of CCB’s loan portfolio. The bulk of these loans, worth 3.43 billion leva, went to 82 loan recipients that had limited or no operations of their own, generating revenues from third parties.

“These firms and holding companies have mainly an investment purpose, often without no staff or activity of their own. Many of them were newly-registered or set up for the purpose of acquiring stakes in other companies,” BNB said. “In most credit portfolios of the loan recipients in this group, no detailed business plans or other information justifying the loans were found. In many credit portfolios no documentation was found that would prove that the loan was spent in accordance with the purpose stated in the loan contract.”

The central bank said that given the numerous shortcomings found by the audit report, it would forward the findings to the Sofia city prosecutor’s office.

Deposit access
BNB did not say when it intended to give depositors in CCB access to the money. Over the past month, the central bank has come under increased pressure to do so – including from the European Banking Authority earlier this week and the European Commission, which opened an infringement proceeding against Bulgaria in September, for the failure to fully transpose into law the European deposit guarantee directive, which requires giving depositors access to their money no later than 25 days after a bank is put into conservatorship.

The central bank has stuck to its position of pointing out that such a move would require a political solution because Bulgaria’s loan deposit guarantee fund only had 2.1 billion leva available, while the total amount of deposits guaranteed under Bulgarian law – up to 100 000 euro – at CCB was 3.6 billion leva. State aid would need to be sanctioned by Parliament, which was prorogued in early August to pave the way for early elections on October 5.

BNB said that it would submit a full report of its actions in the CCB case to Parliament on October 27, when the new 43rd National Assembly is due to hold its first ceremonial sitting.

In the meantime, protests outside both the BNB building and CCB’s headquarters have become commonplace, but have only drawn small crowds of several dozen people. One such protest, last week, resulted in minor scuffles with the police, as depositors attempted to enter the CCB building to meet with the BNB-appointed administrators.

The protesters claimed that a bill was being prepared that would allow CCB to pay back the deposits with bonds rather than in cash, but caretaker Finance Minister Roumen Porozhanov later dismissed such claims as unfounded. 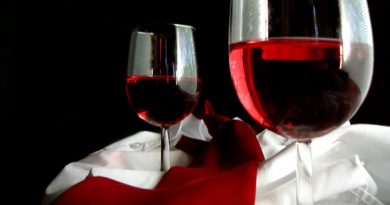 Agriculture Minister: Wine industry is a leader in agriculture in Bulgaria