Bulgarian National Radio (BNR) quoted an unnamed spokesperson at the Sofia city prosecutor’s office saying that the prosecutor on the case had found sufficient evidence to open an investigation against Vassilev and his spouse Antoaneta Vassileva.

Vassilev is in Serbia pending the outcome of an extradition application by Bulgaria, which wants him to face charges of embezzling about 206 million of leva. Vassilev denies wrongdoing and has blamed a conspiracy against him.

CCB has been under special supervision, with its operations suspended, by Bulgarian National Bank (BNB) since June. A special audit commissioned by BNB, which is due to clarify the state of the bank’s books, is due to be completed later this month.

The earliest that CCB may re-open is November 22, but the central bank has the option of extending the administration period by another month to December 22.

Meanwhile, last month the European Commission launched an infringement procedure against Bulgaria for its failure to correctly transpose sections of the EU’s deposit guarantee scheme directive in national law and breaching the principle of free movement of capital by denying CCB depositors access to their money within the 25 days period prescribed by the directive.

The main issue is that CCB is holding guaranteed deposits of 3.6 billion leva, but the Bulgarian deposit guarantee fund has only 2.1 billion leva available. The BNB has repeatedly said that the issue requires a “political solution”, but that has been impossible in the absence of a sitting Parliament – prorogued in August to pave the way for early elections on October 5, with elected lawmakers yet to hold the first sitting of the 43rd National Assembly.

Protests by CCB depositors at the BNB building or CCB’s headquarters, usually gathering crowds numbering in the dozens, have become a routine occurrence in recent months. The latest protest on October 14 resulted in minor scuffles between the police and depositors trying to get into the CCB building to meet the administrators appointed by the central bank, BNR reported. 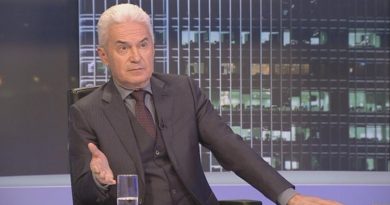