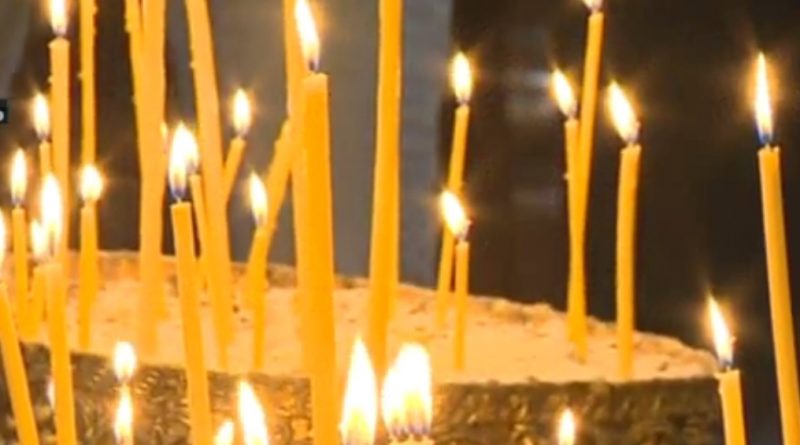 A Bulgarian Orthodox Church memorial service was held on October 4 in the village of Gorni Lom for the 15 dead in the huge explosion at a munitions processing plant three days earlier, while investigation into the causes of the blast were continuing.

Plevneliev, speaking to reporters afterwards, said that he believed that Bulgaria’s institutions would find the causes of the tragedy and said that at this difficult time, there should not be blame-shifting.

The plant had a poor safety record, had seen serious accidents previously, and a recent inspection found breaches of the law for which the plant’s owner and management had been fined.

The Bulgarian Red Cross said that it would be providing financial aid to the bereaved families.

A five-year-old girl left an orphan by the explosion because both her mother and father were at the Midzhur explosives plant site would receive 5000 leva (about 2500 euro), donated by a Bulgarian Red Cross partner. The BRC said that the sum would be paid out in phases to assist the child’s upbringing.

Andrei Tsvetanov of the National Investigation Service said that human error was to blame for the tragedy in Gorni Lom, on the part of more than person, but it was still too early to blame specific individuals.

Gorni Lom mayor Iliya Mihailov, whose wife was among those injured in the blast, said that investigations were continuing on October 4. About 20 people were employed in the plant, and at the time of the blast, the rest had been working in the administrative section.

Military equipment was being used to detect traces of explosives and fragments from the blast.

Military personnel had made available an amoured vehicle to assist in ensuring the safety of Interior Ministry specialist teams inspecting the site.