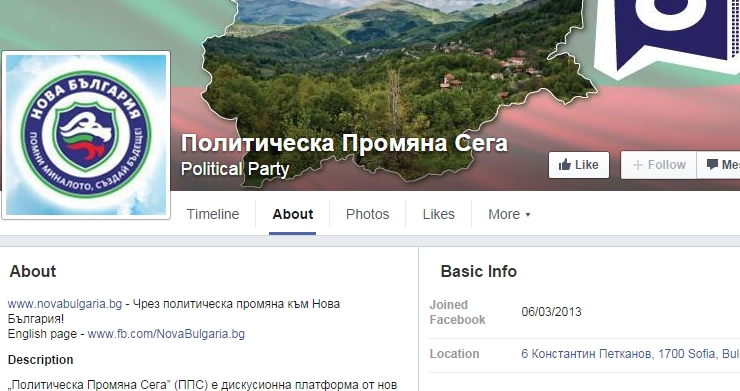 Spending on advertising in the media passed the million leva mark just a few days after the start of the official campaign period ahead of Bulgaria’s October 5 2014 early parliamentary elections, going by an analysis by NGO the Institute for Public Environment Development.

According to Bulgarian election law, media accepting adverts during the election campaign are supposed to give formal written notice to election authorities in advance about their tariffs and to disclose contracts for political advertising.

Initial indications, going by statements in recent days from the Council for Electronic Media, is that compliance with this is anything but complete.

On the basis of preliminary data, with the process of signing and announcing of contracts still ongoing, the Institute for Public Environment development said that by September 10, the dailies Trud and 24 Chassa were in the lead in ad revenue from the elections, at 318 279.

In the case of Trud and 24 Chassa, the number one spot in the ad revenue stakes was because of a contract with the Bulgarian Socialist Party worth a stated 166 666.66 leva.

The BSP is the biggest advertiser so far, at 430 286 leva. The populist Bulgaria Without Censorship (formed around former talk show host Nikolai Barekov and which, after spending the most on advertising in Bulgaria’s May European Parliament elections, won two out of Bulgaria’s 17 MEP seats) was currently at 262 107 leva, with former ruling axis partner the Movement for Rights and Freedoms so far has committed to 193 451 leva.

In all, as of September 10, more than 1.2 million leva had been committed to party political advertising in the Bulgarian media, going by preliminary figures.

The Institute for Public Environment Development’s Antoaneta Tsoneva told Offnews that some of the largest media, most online media and some newspapers had not published their contracts with participants in the campaign, although advertorials already were to be seen.

According to Tsoneva, newspapers “close to the family of Delyan Peevski” such as Monitor and Telegraf had given no information about tariffs and contracts.

On September 8, Council for Election Media head Georgi Lozanov said that paid media campaigns were less effective and did not shape new votes.

He expressed concern that the impact that the media had on the vote was weak while voting was influenced by vote-buying and the corporate-controlled vote.

Elsewhere in the media landscape, social networks in Bulgaria were abuzz with chat on September 11 when it emerged that a hitherto obscure political party registered in Bulgaria’s October elections, Political Change Now (Политическа Промяна Сега) had registered more than 233 000 “likes” on its Facebook page.

In a country with just 6.9 eligible voters, this was an astonishing feat, especially against a background of a recent poll by Alpha Research – arguably the most reliable polling agency in Bulgaria – not having mentioned the party.

The huge number of likes was news in particular to people who discovered that they had “liked” the page in spite of never having visited it nor having ever heard of the party.

A much copied-and-pasted and shared message alleged that an existing Facebook page had been renamed and used, and told people who supposedly had “liked” the party’s page that their names and avatars could be used in advertising the party. Throughout the day, the number of Facebook likes steadily dropped.

Similarly, in recent days a Facebook page emulating the name of the Protest Network, the group that emerged during Bulgaria’s June 2013 protests demanding the resignation of the Bulgarian Socialist Party-Movement for Rights and Freedoms government of the time, encouraged visitors to vote for a BSP candidate. The Protest Network was deeply irked by the emergence of the other page, which inserted a hashtag in front of the network’s name on the rival Facebook page. 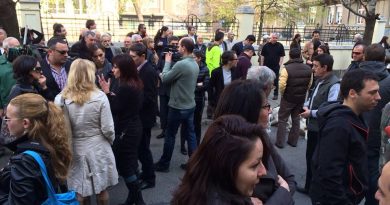