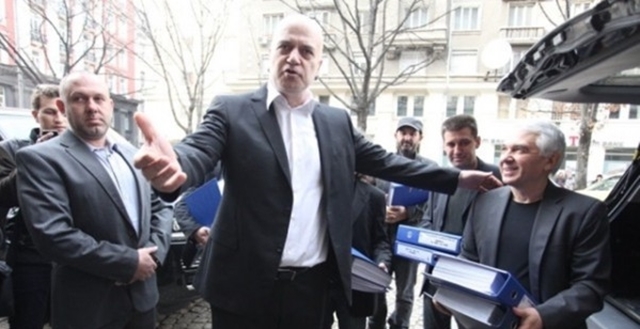 Bulgaria’s Constitutional Court said on July 28 that it had unanimously rejected three of the questions posed by television showman Slavi Trifonov and accepted by Parliament for a national referendum to be held in autumn 2016.

In May, President Rossen Plevneliev referred the three questions, out of a total six, to the Constitutional Court for a ruling.

The National Assembly approved the six questions after Trifonov succeeded in raising the statutory minimum of signatures on a national petition to call a referendum.

The three questions were about, first, whether to introduce online voting in elections and referendums, second, whether to halve the number of members of the National Assembly to 120, and third, to elect the heads of regional directorates of the Interior Ministry through a majoritarian electoral system requiring an absolute majority at the end of two rounds.

The three questions that will remain, to be asked in a national referendum to be held at the same time as Bulgaria’s presidential elections, are about the introduction of a majoritarian system to elect MPs, the introduction of compulsory voting (even though Parliament has already legislated this) and the reduction of the state subsidy for political parties and coalitions to one lev (about 50 euro cents) per valid vote.

The Constitutional Court rejected the question about halving the number of members of the National Assembly from 240 to 120 on the grounds that deciding this was solely in the competence of a Grand National Assembly.

The Court pointed out to legislators that it found it necessary “to once again emphasise” that a national referendum is a powerful tool for the direct exercise of state power by citizens, significantly different from other forms of participation “and in no way is a kind of public opinion poll”.

This meant that the National Assembly should strictly exercise the powers given to it by the constitution and the law, to prevent people being misled to take part in the voting without it being clear that the result of the national referendum would not produce the legal consequences being sought.

In his approach to the Constitutional Court, Plevneliev had said that the constitution could not be circumvented by trying to allow Parliament to decide by a simple majority vote matters that were under the jurisdiction of a Grand National Assembly.