Despite its protestations to the contrary, Bulgaria’s now-departed Plamen Oresharski administration appears to have nudged on the project to build the South Stream gas pipeline, heavily hyped by the Kremlin but opposed by the European Commission.

The latest controversy stems from the decision by Dessislava Terzieva, who was regional development minister in the Oresharski cabinet, to issue construction permits to South Stream Bulgaria to build the pipeline terminal and a gas compression station near the Black Sea port of Varna, where the pipeline is due to make its landfall.

The permit was issued on July 31 and published in the State Gazette on August 5, only a day before the Oresharski government left office. The decision can be appealed in court – the provisional enforcement of the permit must be appealed no later than three days after the notice’s publication in the State Gazette, while appeals based on the legal grounds for the permit have to be lodged within 14 days.

Caretaker Deputy Prime Minister Ekaterina Zaharieva, who also holds the regional minister portfolio, said on August 7 that she learned about the issued permit after taking office, from media reports. Speaking to Bulgarian private broadcaster bTV, Zaharieva said that she ordered a check to establish the facts of the matter.

“This is an important project for Bulgaria and, indeed, important for Europe, but the way it has moved forward, it might not happen. It must be structured in the right way so that the European Commission does not end it,” she said. She did not say whether she would order the ministry to appeal against the project.

(Update: On August 8, the ministry said that it could not legally appeal its own decision, but interested parties, as defined by law, could do so. Two appeals have been lodged against the preliminary enforcement of the permit – including by the Reformist Bloc, the centre-right political coalition opposing the project – before the appeal deadline expired, the ministry said.)

Oresharski repeatedly said, in recent weeks, that there was no work being carried out on the South Stream pipeline in Bulgaria after his order to the Economy Ministry to halt all work in June, but this is the second instance in as many weeks that other ministries made decisions that nudged the project on.

Last week, it emerged that Bulgaria’s Agriculture Ministry sold 35.86 hectares of state forest lands to South Stream Bulgaria, the company that will build and operate the Bulgarian stretch of the pipeline, for 20.6 million leva.

Defending the decision, the economy minister in Oresharski’s cabinet, Dragomir Stoynev – one of the most ardent supporters of South Stream in recent months – said that the land sale did not breach Oresharski’s order because no work was being carried out, merely preparations to start work “once the European Commission gives its approval.”

The European Commission says that South Stream breaches the regulations of the Third energy package regulations, which ban gas trading companies – like Russia’s Gazprom – from owning and operating pipelines. It has also opened infringement proceedings against Bulgaria on suspicions that EU public procurement rules were breached in awarding the construction contract for the project.

Russia, which is heavily promoting South Stream as an alternative transit route to Ukraine, disputes the EU’s right to impose such regulations, arguing that intergovernmental agreements superseded EU law, and has lodged a complaint with the World Trade Organisation.

The contract was awarded to a consortium of five Bulgarian companies and Russian firm Stroytransgaz, owned by billionaire Gennady Timchenko – said to be close to Russian president Vladimir Putin and is also subject to US sanctions stemming from Moscow’s annexation of Crimea.

Earlier this week, Timchenko said that Stroytransgaz was pulling out of the contract and would be replaced by Gazprom subsidiary Centrgaz. No official confirmation of such a change has come yet from Bulgarian authorities, with Bulgaria’s former ambassador to Russia Ilian Vassilev – now a consultant and one of the most outspoken opponents of South Stream – pointing out that a simple swop of companies breached Bulgarian and EU law. 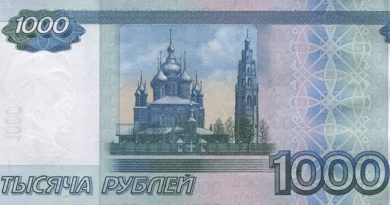