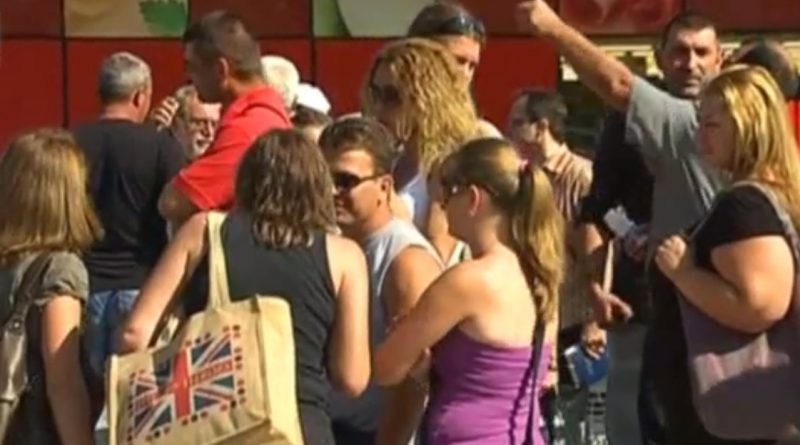 Residents of homes in Varna’s flood-hit Asparouhovo area forced out by compulsory evacuation orders after the disastrous June deluge protested on July 7, saying that official assessments of the state of the buildings were inaccurate.

The June floods in the Asparouhovo residential area of Bulgaria’s largest Black Sea caused 13 deaths as torrents of water tore through the area, in a situation worsened by illegal construction, illegal tree-felling and obstruction of stormwater channels.

In the aftermath, the municipality issued evacuation orders affecting more than 1500 people, taking the step especially because some people refused to quit their homes, in spite of concerns that the buildings had been undermined by the floodwaters and would be at further risk when the next bout of heavy rains strikes.

Those protesting on July 7 were in two different situations – in some cases, their homes already had been demolished, while the rest wanted demolition plans stopped.

About 100 buildings have been destroyed so far, most of them residential buildings, of which in turn most were illegal.

One of the organisers of the protest, Albena Marinova, said that there was no clarity on the situation and people were severely stressed, with the tragedy that befell the neighbourhood now being followed by another, the forced evacuations.

“The fact that elderly people, disabled people, were removed from their homes like sacks of potatoes is staggering. In any civilised society, there is no such thing,” she said.

Nikolai Ivanov said that he had consulted a lawyer who had advised him that the Varna authorities’ actions were illegal. He had filed a formal complaint to the district governor and to the mayor of Varna, he said.

Ivanov added that electricity had been stopped to houses that had not been flooded, which he said was a violation of human rights.

He said that in some cases, houses in the danger zones had been found not to have construction flaws but their owners would not be able to return to their houses until the evacuation order had been withdrawn.

The district administration said that the compulsory evacuation orders had been issued because of expert assessments.
Reports said that some of the protesters intended returning their homes in defiance of the evacuation orders.
(Screenshot: BNT)

Covid-19 in Bulgaria: Waiting for November 12 – or earlier