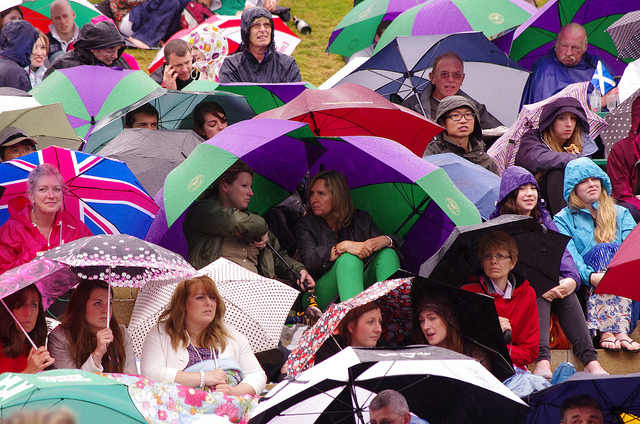 Grigor Dimitrov won a race against the rain and darkness on June 30, as well as his fourth-round opponent, Argentina’s Leonardo Mayer – by a score of 6-4, 7-6 (8-6), 6-2 – to book a place in the Wimbledon quarterfinals, where he will meet defending champion and home crowd favourite, Andy Murray.

Wimbledon’s “manic Monday” once again lived up to its name, with play suspended because of rain in the early afternoon, which interrupted a number of matches and delayed the start of Dimitrov’s match.

Once the match began, Dimitrov and his opponent, who had never reached the second week of a Grand Slam tournament before, exchanged service holds in an even first set. At 5-4, with Mayer serving to stay in the set, Dimitrov raised his level of play and reached two set points, converting on the second opportunity.

The pattern repeated itself in the second set, until play was suspended again because of rain at 6-5 to Dimitrov and Mayer on service. When the match resumed two hours later, Mayer held his service to push the set into a tie-break – with little to separate the two players, Dimitrov got a lucky break when his opponent double-faulted on set point.

Against a background of darkening skies, Dimitrov once again kicked up a gear to close out the match in straight sets, breaking Mayer’s service twice in the process – and right on time, as another rain spell ended all matches on the open-air courts not 10 minutes later.

“It was extremely tough: the weather hasn’t been very pleasant as you know, but you have to go through matches like that,” Dimitrov was quoted as saying after the match.

By winning his match on Monday, Dimitrov avoided having to play on three consecutive days and will get a day off, as scheduled, on July 1. He also set up an encounter with Murray, which hast been one of the most anticipated potential quarterfinal match-ups since the men’s singles draw was made.

Murray, the third seed, won earlier in the day against 20th seed Kevin Anderson of South Africa 6-4, 6-3, 7-6 (8-6) – despite starting after Dimitrov, but he was delayed by the rain for a much shorter period, just enough to roll out the roof on the Centre Court.

Dimitrov and Murray have met four times in the past, the Bulgarian winning only their last encounter – in the semi-finals in Acapulco earlier this year, on the way to winning the first of three titles in 2013.

This time, however, Murray appears to have fully recovered from the injury that cut short his season last year and still bothered him at the start of 2014. He reached the semi-final at Roland Garros earlier in June and he has not dropped a single set so far at Wimbledon.

Dimitrov, for his part, goes into the match on a nine-match winning streak, all of those wins coming on grass – first at the Queen’s Club, where he won his first career grass-court title and then at the All-England Club, where he has reached the quarterfinal stage for the first time (and only the second time he’s made it to a Grand Slam’s last eight).

Long expected to be one of the leading players of the up-and-coming younger generation, Dimitrov is seen as finally delivering on the massive promise of his talent and, seeded 11th at Wimbledon, he is the bookmakers’ leading dark-horse contender for the title outside the “big four” of Murray, Novak Djokovic, Rafael Nadal and Roger Federer. 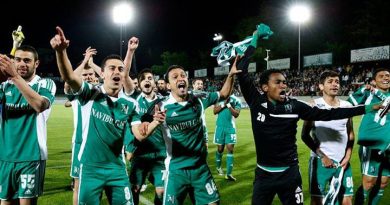