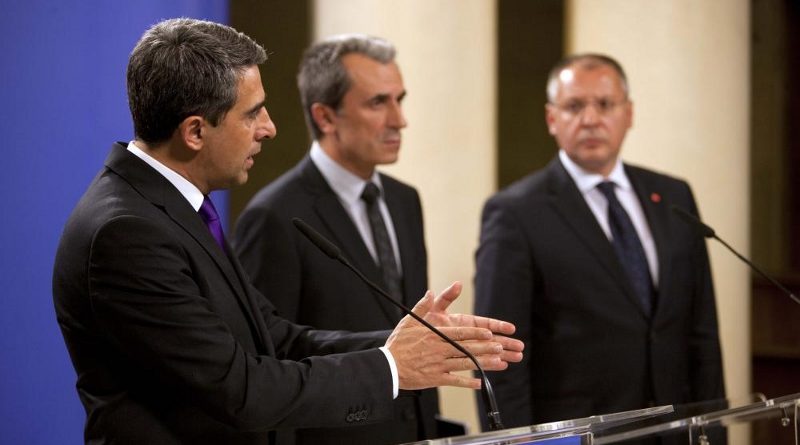 Bulgaria appears set for another day of drama amid its continuing political crisis, with special meetings scheduled for June 17 of the Consultative Council on National Security – to discuss issues including a date for early elections – and a sitting of Parliament to debate holding a national referendum on electoral system reform.

President Rossen Plevneliev called the June 17 special sitting of the Consultative Council on National Security, a body convened by the head of state and which brings together top state leaders, cabinet ministers with strategically-important portfolios, security chiefs and representatives of parties with parliamentary groups in the National Assembly.

The official billing of the sitting of the council is the “Current Political Situation in the Country and Outlining Measures to Exit the Political Crisis” while the actual agenda items are a date for early national parliamentary elections, the crisis around the South Stream project, Bulgaria’s nomination of a European Commissioner and issues around EU funds. Plevneliev also hopes to see political parties achieve consensus on key issues such as reform of education and health care.

The meeting is due to start at 9am and is likely to last for several hours, with centre-right opposition GERB leader Boiko Borissov already having predicted that it is likely to be “confrontational”.

The current phase of the political crisis, that has endured for months around a deeply unpopular government formed in May 2013 with a mandate handed to the second-ranked Bulgarian Socialist Party, was sparked by the BSP being dealt a sound thrashing by voters in the country’s May 25 2014 European Parliament elections.

Borissov, who led his party to winning the largest share of votes in the European Parliament elections as he had done a year earlier in the National Assembly elections, bemoaned the state of the country after a year in office of the government run by the BSP in co-operation with the Movement for Rights and Freedoms and with the tacit support – now estranged – of far-right ultra-nationalists Ataka.

“What they did to the state in a year will not be fixed for 10 years to come,” Borissov said on June 15, returning from a week-long visit to the United States.

He hoped that the Prosecutor-General’s office would take the initiative to investigate the actions of the current government, in particular in regard to wilful damage to Bulgaria’s economy.

On the decision by Standard and Poor’s to cut Bulgaria’s credit rating, Borissov said that this was because of the absence of reform of the pension system, huge debts were being built up, Bulgaria now lacked political stability, the parties in government had lost the elections – “the credit rating is down, the loan interests are up”.

The Bulgarian Socialist Party is heading into the June 17 meeting divided and having sent a rapid stream of mixed and frequently contradictory messages about its approach to the crisis.

At a meeting of the national council of the BSP last week, party leaders rejected a proposal by BSP leader Sergei Stanishev for the resignation of the cabinet by June 13 and the holding of early elections in July.

Instead, although Stanishev was mandated to discuss with other political parties the issue of early elections, the BSP will go into the meeting with Plevneliev and other leaders with no position on when an election should be held, while its current governing partner, the Movement for Rights and Freedoms – the first in the ruling axis to call for early elections – has said that the initiative on this question should remain with the holder of the mandate to govern, the BSP.

Political consultations could be proposed in the course of which a decision for a date for elections could be made, the BSP indicated after the meeting.

The uncertainty gripping the country centres around the apparent certainty that the cabinet will resign, but it remaining unclear when. Some reports have indicated that it might do so after the meeting of the Consultative Council on National Security, or the day after that. Or at the end of July, or some other point. Hence the uncertainty.

Speaking on June 16 to public broadcaster Bulgarian National Television, GERB executive committee member Roumyana Buchvarova said that the absence of a formal resignation by the cabinet made the meeting of the Consultative Council on National Security pointless.

Meanwhile, the Reformist Bloc and Bulgaria Without Censorship, both of which won minority shares of seats in the European Parliament, both complained of not having been invited to participate in the council meeting.

However, Bulgarian law states that those included in the council are representatives of parties in the National Assembly.

June 17 at 2pm is scheduled to see the start of a special sitting of the National Assembly to debate – and possibly vote on – two proposals for a national referendum on electoral reform. One was sent in written form to Parliament on January 30 by President Plevneliev, and the other, supporting Plevneliev’s proposal, came on March 10 in the form of hundreds of thousands of signatures gathered by an ad hoc committee.

Until now, the BSP and the ruling axis have sought to lay a dead hand on the referendum proposal, but this was shaken up not only by the outcome of the European Parliament election but also by BSP leader Stanishev, in calling for early elections, also calling for compulsory voting – which was among the issues raised by Plevneliev in his original call for a referendum on this, and on electronic voting and a majoritarian election system, which he wanted to be held along with the European Parliament vote.

The MRF opposes compulsory voting, GERB says that it is in favour, while reportedly the BSP will seek to limit the referendum to being solely about compulsory voting. This creates a complexity because GERB is insisting that electronic voting should be permissible and that there should be a majoritarian element in the electoral system of Bulgaria.

Bulgarian-language media reports on June 16 said that the BSP was hoping that during the discussion on the referendum, GERB and Ataka would support compulsory voting, while on the other two issues, GERB would remain in isolation because the other three parties are opposed.

Meanwhile, question marks continue to hang over the political fate of BSP leader Stanishev, who not only has led his party to its latest electoral defeat after a succession of such blows over the 13 years that Stanishev has led the party, but also became a laughing stock when preferential voting supplanted him at the head of the EP election ticket with a hitherto-unknown BSP candidate.

An article in BSP mouthpiece Duma on June 17 saw senior BSP member Kornelia Ninova outlining three possible scenarios for Stanishev’s political future – either immediate resignation as leader (as a large number of BSP branches in Sofia are demanding), Stanishev staying in place as leader, and the third, Stanishev remaining as leader only until the early parliamentary elections, for the sake of trying to keep some stability in the party.