Bulgaria’s Grigor Dimitrov swatted aside Stanislas Wawrinka in just over an hour to book a place in the Aegon Championships at The Queen’s Club in London. Dimitrov beat the top-seeded Wawrinka 6-2, 6-4 in 62 minutes.

In reaching the final at Queen’s, his first career final on grass, Dimitrov has done one better than in 2012, when he was a losing semi-finalist to David Nalbandian.

Both Wawrinka and Dimitrov have powered through the draw in London, with the Swiss world number three not dropping a single service game before the semi-final.

He was broken twice in a fast-paced first set that saw both players dominate on service early on – despite digging himself into an early hole with a double fault, Wawrinka saved two break-points and then a third, but could not save a fourth.

After quickly taking the next game on his own serve, Dimitrov continued to press his advantage and surged to a 0-40 lead. Although Wawrinka saved the first break point, Dimitrov made good use of his signature backhand to take a 5-2 lead.  Wawrinka had two opportunities to break back with Dimitrov serving for the set, but could not take advantage of a double fault himself.

In the second frame, both players dominated on first serve, but Wawrinka was less impressive on his second serve and was broken again. Leading 5-4, Dimitrov quickly raced to a 40-0 lead before securing his place in the final with his ninth ace of the match.

This was Dimitrov’s first win over Wawrinka after losing the first two encounters (at the 2011 Australian Open in straight sets and at last year’s Madrid Master’s in three), as well as his seventh career win over a top-10 player.

He will player either Czech Republic’s Radek Stepanek, who upset defending champion and third seed Andy Murray earlier in the tournament, or Feliciano Lopez of Spain, who beat Czech second-seed Tomas Berdych in the quarterfinals.

In either scenario, fourth-seeded Dimitrov would start the final as the favourite – Lopez is the tenth seed and ranked 29th in the world (he has one career grass title, won last year at Eastbourne) and Stepanek is seeded 15th (he is ranked 42nd in the world). He will also have the advantage of youth on the fast courts at Queen’s against an opponent in his 30s – Lopez is 32 and Stepanek is 35.

Dimitrov will be playing his third final of the year; he won the other two on the hard courts in Acapulco and the clay in Bucharest. But even a win would not be enough for the Bulgarian to improve on his current ranking as 13th on the ATP Tour, although it would put him within touching distance of the top 10.

(Illustration of Wawrinka and Dimitrov pre-match stats from Aegon Championships via Facebook.)

Dimitrov breezes through Wimbledon first round 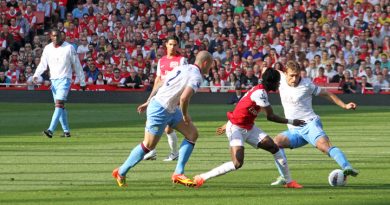 Footballers past and present to play in Petrov’s testimonial match