Bulgaria’s Grigor Dimitrov, celebrating his 23rd birthday on May 16, secured a first career semi-final at an ATP Masters event in Rome after his opponent, Tommy Haas, withdrew.

Dimitrov breezed through the first set, winning 6-2, before Haas retired following several minutes of consultations with a physio, complaining about shoulder problems.

The Bulgarian started strongly, saving a break point on his opening service game and never looked back, breaking Haas’ serve twice and dropping only five points on his service in the set.

In the semi-final, he will meet the winner of the match between world number one Rafael Nadal and Britain’s Andy Murray, who will play their match later in the evening.

Dimitrov has never won against Nadal before, losing all four of their previous encounters, most recently in the quarterfinals of the Australian Open earlier this year, but has always given the Spaniard a stern test, winning a set in each of their meetings. Against Murray, Dimitrov is a career 1-3, but won their last meeting in Acapulco on the way to lifting the title.

Before that, however, he will take to the courts of the Foro Italico later in the day for his doubles quarterfinal with Lukas Rosol against Marin Cilic and Santiago Gonzales. Earlier this week, the duo sprang a surprise win against doubles specialists and second-seeded Bruno Soares and Alexander Peya.

Dimitrov has two titles this year already – winning on the hard courts in Acapulco and on clay in Bucharest – and is set to rise to a record 12th in the ATP Tour rankings next week after reaching the Rome semis. 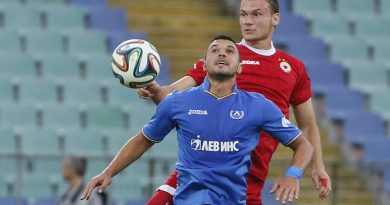 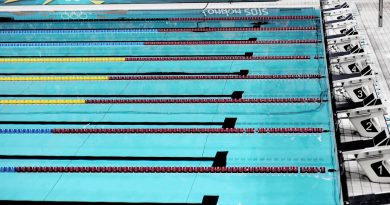