Ukraine is hosting “national unity” talks Wednesday, a day after pro-Russian separatists killed seven Ukrainian soldiers in an ambush of a military armored column near the eastern Ukrainian city of Kramatorsk.

The talks are part of a plan laid out by the Organization for Security and Cooperation in Europe. Ukrainian Prime Minister Arseniy Yatsenyuk, national lawmakers and regional officials are attending, but separatist rebels are not part of the talks.

Tuesday’s Kramatorsk attack came as Germany’s foreign minister traveled to Ukraine to push for a negotiated solution to the country’s crisis.

Frank-Walter Steinmeier, speaking in Kyiv, said he hoped the government-sponsored “round table” this week with Ukrainian politicians and civil groups from across the country would help persuade pro-Russian separatists to disarm ahead of presidential and mayoral elections set for May 25.

Meanwhile, the U.S. State Department released satellite pictures showing Russian forces near the Ukrainian border, despite assurances from Moscow last week that it had withdrawn its huge military force.

The commercial satellite photos, dated May 9, also appear on NATO’s Twitter account. The pictures show helicopters parked near the Russian border town of Belgorad. A second photo, taken Sunday across the border from the embattled Ukraine city of Mariupol, showed what U.S. officials described as Russian armored vehicles.

Russia’s Foreign Ministry said Tuesday it expects the pro-Russian “self-defense forces” in eastern Ukraine to “react appropriately” if Kyiv agrees to halt “punitive actions” in the east and withdraw its military forces. Moscow also called for the withdrawal of what it called Ukrainian right-wing paramilitaries and “mercenaries” from the region. 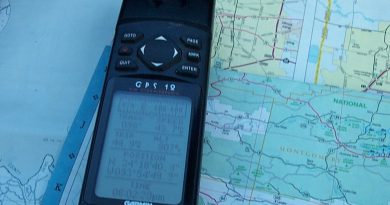