Bulgaria’s government has promised an investigation into a nationally controversial incident in which villagers forced out three families of Syrian refugees, while those in power also have reacted angrily in rejecting allegations in a Human Rights Watch report that it has been forcing refugees out the country and unlawfully blocking their entry.

In the incident in the village of Rosovo, the Syrian refugee families, who have official refugee status, quit the village after just two days in the face of hostile protests by locals.

The display of xenophobia and racism by the villagers has caused considerable comment on social networks by Bulgarians as well as sharp criticism in some local media.

On April 30, the Interior Ministry said that it would investigate the expulsion of the Syrian refugees from Rosovo.

Interior Minister Svetozar Lazarov also said that the ministry would investigate allegations against Border Police of ill treatment of would-be migrants – if there was sufficient evidence of violence and a clear source for the allegations.

The Syrians driven from Rosovo, meanwhile, have found shelter in the town of Krun.

The families left the Syrian city of Aleppo in 2013, and media reports said that their illegal transit across the Turkish-Bulgarian border had cost them $500 a person. In Rosovo, they had paid a 2600 leva (about 1300 euro) deposit for their accommodation, which has not been refunded to them since they quit the village in fear.

One of the Syrian refugees told local reporters, “In Rosovo, when we went out on the balcony to smoke, people threatened us. They mimicked holding guns and shooting us”.

On April 30, one of the refugees, a 70-year-old man, was taken to hospital with a suspected heart attack, which the others said had been brought on by the stress of recent days.

Local television station bTV said that the dream of the refugees was to receive official documents enabling them to find work. None wanted to remain in Bulgaria.

Lazarov told reporters that since the beginning of 2014, 2367 people had been prevented from crossing the border into Bulgaria, and 971 had been arrested by the Turkish authorities.

His remarks came against the background not only of the Human Rights Watch report, which was officially released on April 29, but also the trouble that the Bulgarian government had in coping with illegal entries into the country in 2013, which saw a significant rise mainly because of the crisis in Syria.

Bulgaria has responded by deploying additional police at the border with Turkey and with a controversial plan to build a fence along that border, a plan which sparked further controversy when the price tag went far beyond initial estimates.

Lazarov said that most people who tried to cross the border in that area were illegal immigrants. He said that there were checkpoints, legal places for crossing the state border.

From now on, people should not get angry at the attitude of colleagues because they wanted to maintain the integrity of the border “and are subjected to constant insults and innuendo,” according to Lazarov.

He indicated that he did not want an inflow of illegal immigrants “to blow the budget and the financial system. I will not have this while I am chief secretary”.

But he added that he would order an inspection anywhere if there was evidence of irregularities or possible crimes.

Centre-right opposition party GERB, in an April 30 statement, expressed what it called its strong anxiety at the inability of the government to deal with the refugee flow to Bulgaria.

The Rosovo incident made it abundantly clear that the policy of the government in relation to immigrants and refugees in Bulgaria was a total failure, GERB said.

The party said that in October 2013, it had warned that the decision by the State Agency for Refugees to accommodate immigrants in the Kazanluk area without prior public debate was wrong and would lead to an escalation of tensions between locals and the refugees.

“Now, half a year later, it is clear that we were correct, and emphasise that this is because of a lack of government policy on the issue, forcing refugees to seek their accommodation,” the GERB statement said.

The executive at all levels – the regional governors, State Agency for Refugees, Interior Ministry and the cabinet were unprepared, incompetent and totally disinterested, the statement said. Steps should be taken to ensure normal conditions for refugees already in Bulgaria, while preparations should be made for the new wave of refugees expected in the warmer weather, the party said.

Bulgarians should understand that the problem did not come from foreigners arriving in the country, but from the inability of the government to ensure the rule of law and equal rights for all people in Bulgaria, GERB said.

Critical comments in some media included those in daily Sega, which said that Rosovo, until then obscure, had gained notoriety by driving out the 17 Syrian refugees.

“The local ‘patriots’ took just a couple of days to show the aliens that they were unwanted. Isolated as it is, the case shows the extremes to which a substantial part of the Bulgarian population, subjected to daily propaganda by scaremongers combined with dire poverty, can go.”

Meanwhile, attacks from within Bulgarian institutions on the Human Rights Watch report continued, a few days after Interior Minister Tsvetlin Yovchev was quoted in a Bulgarian National Radio report as referring to the report as “crap”.

The head of the State Agency for Refugees, Nikolai Chirpanliev, said that he refused to read the report.

“Human Rights Watch are liars and cheats,” Chirpanliev was quoted by daily Trud as saying.

“They mislead public opinion in an impudent, cynical and deceitful way. This is an organization that uses fraud, and I will not read their report.”

The Bulgarian Red Cross distanced itself from the Human Rights Watch report, denying that it had taken part in the preparation of the report, and rejecting a number of other allegations, saying that it had received no information about illegal actions against refugees in Bulgaria.

“We should take into account that the Human Rights Watch is a world organisation, highly authoritative, an organisation the voice of which is heard.

The Trade Union Federation of the Employees in the Bulgarian Interior Ministry rejected the report, alleging that it contained “numerous factual mistakes” and demanding that Human Rights Watch and the organisations that worked with it in compiling the report apologise to the officers of the Interior Ministry for calling them criminals. 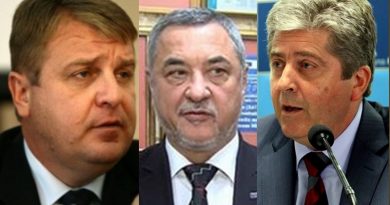 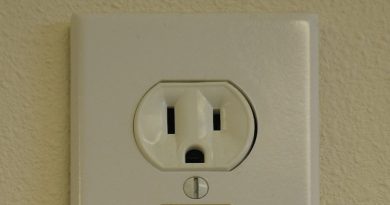