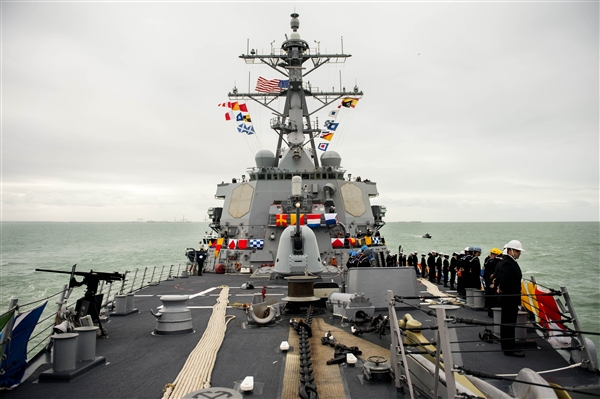 Bulgaria’s defence minister has complained that Russia military aircrafts are continuing to carry out provocative reconnaissance flights close to Bulgaria’s Black Sea airspace, in remarks made the same day that the Pentagon said that Russian aircraft repeatedly had buzzed a US warship in the Black Sea.

The incidents come against a background of tensions around Russian intervention in Ukraine, a Black Sea coastal country.

Angel Naidenov, defence minister in the Bulgarian Socialist Party cabinet, said that Russian military aircraft had not intruded on Bulgarian airspace but the defence ministry was monitoring the situation carefully and could ask Nato for assistance at any time.

(Photo of the USS Donald Cook: US Navy)