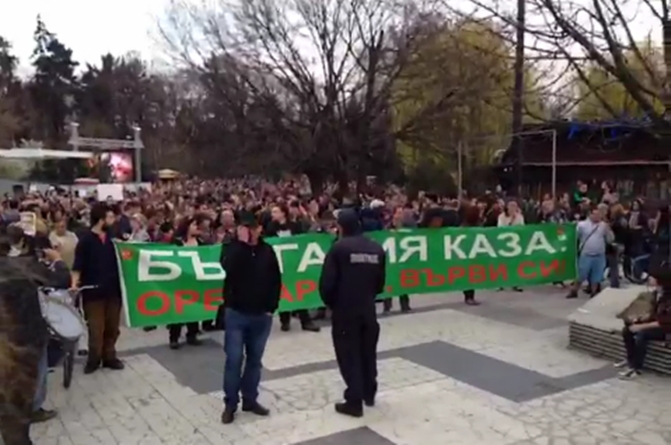 With chants of “keep your filthy hands off Karadere”, well more than 1000 protesters marched in Sofia on March 23 in the latest in a series of protests against a cabinet decision that could open the way for the building of a large three-hotel holiday resort complex in the otherwise unspoilt Karadere area on the Bulgarian Black Sea coast.

Simultaneously, protests were held in the cities of Varna and Plovdiv.

Protesters pointed out that opinion polls showed that 78 per cent of Bulgarians opposed further large-scale construction on the Black Sea coast.

The main demands of the protesters are amendments to the law to prevent construction in protected areas and wildlife habitats such as Karadere, and revocation of the cabinet decision to approve the granting of Class A investor status to the Madara Europe company that intends building in Karadere.

Protesters said that the government was preparing to allow construction of “a new Sunny Beach” – a reference to the controversial mass-tourism development elsewhere on the Black Sea coast – on the beaches of Karadere. 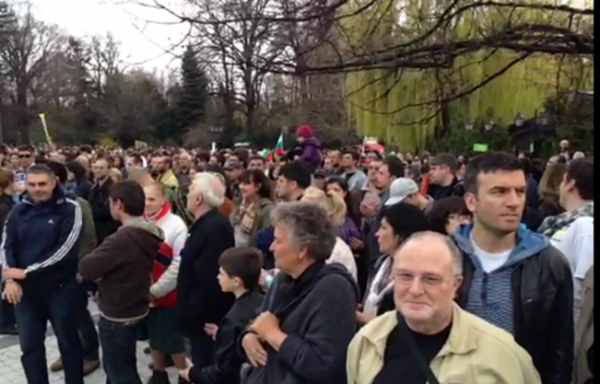 Speaking in an interview with Bulgarian National Radio, deputy enviroment minister Atanas Kostadinov said that no actions would be taken to support the investor in violation of environmental conservation laws.

He said that environmental conservation laws would be applied to the hilt. According to Kostadinov, the environment ministry currently had received no documentation from the investor.

Various media reports sought to untangle the narrative about the project.

According to local television station bTV, in June 2013 – the month after the current Bulgarian Socialist Party government came to power – the economy ministry had refused to award a Class A investor certificate to the Madara Europe firm, because it failed to meet the requirements of the Investment Promotion Act.

A document cited in the report said that the ministry had declined to award the certificate because there was a lack of proof of funds for the project.

But less than a year later, the same ministry changed its postion and proposed to the cabinet to approve a memorandum of understanding on the project.

The ministry did not deny that the project had been rejected but said that the current project had different parameters.

Deputy economy minister Anna Yaneva said that the offshore investor had proven that it had capital and owned the land on which it proposed to carry out the development.

But daily Sega reported that Madara Europe owned no land in Karadere and, according to its financial statements, had made a loss. BTV said that the investor had its office in a Varna residential building and had three employees.

Stoynev was attempting to respond to criticism about the cabinet having approved the memorandum on March 19 even though it had not received an environmental impact assessment.

“I have to fight for every investment – we are a poor people, we cannot go without investments,” Stoynev said.

He reiterated that the project had “no status” at this time. As bTV said in its report, it was not clear how something with “no status” could get approval from the highest government level in Bulgaria without being sure that the project met the country’s legal requirements.

In spite of a lack of an environmental assessment project or an assurance that the project complies with Bulgarian legislation, Stoynev said that the project is a combination of nature and expensive areas. “Do not image the National Palace of Culture on the beach,” he said.

According to Stoynev, it was extremely important for Bulgaria to decide what kind of tourism it wanted to develop – low-cost or high-priced. For now, the country was stuck with alcohol tourism, he said.

“We need investments so that we can eat. We need also to attract foreign investment.”

But, he said, if the investments did not comply with the law, they would not happen.

Meanwhile, against a background of the more reliable opinion polls in Bulgaria showing the vast majority of Bulgarians seeing the current government as lacking credibility, protests have vowed to continue their campaign. 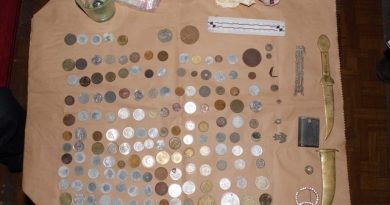