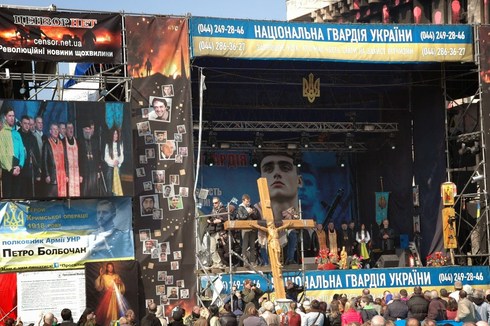 Ukrainian protesters are gathered in Kyiv’s Independence Square calling for unity, a day after Russian forces seized the last major Ukrainian military base in Crimea.

The demonstrators gathered to hear pro-Ukraine speeches, display flags, and place flowers at the site of a makeshift memorial to those who died in recent weeks protesting the conflict between Ukraine and Russia.

In the eastern city of Donetsk, pro-Russian protesters gathered around an administration building, calling for the resignation of the local governor, who is loyal to Kyiv.

He said NATO has been trying to make Russia a partner, but added that Russia is now acting more like an adversary.

Germany’s foreign minister Frank-Walter Steinmeier said after visiting Ukraine this weekend that he fears Russia may have opened “Pandora’s Box” with its attempt to redraw national borders in Europe.

“I’m very worried the unlawful attempt to alter recognised borders in our European neighbourhood, 25 years after the end of the Cold War, will open Pandora’s Box,” Steinmeier told the Welt am Sonntag newspaper in an interview published on Sunday.

“We can’t overlook the fact that Russia, with its action in Crimea, is flouting the central foundations of the peaceful order in Europe,” he said.

(Photo: Priests from the Ukrainian Orthodox Church offer prayers to kick off the national unity rally on March 23 2014: Steve Herman/VOANews) 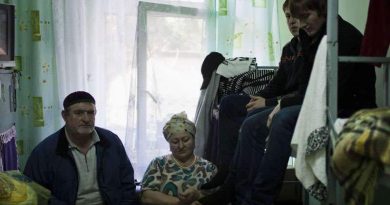 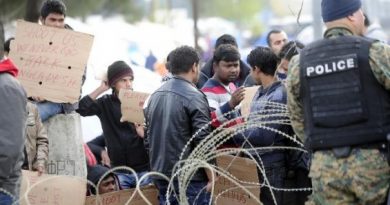