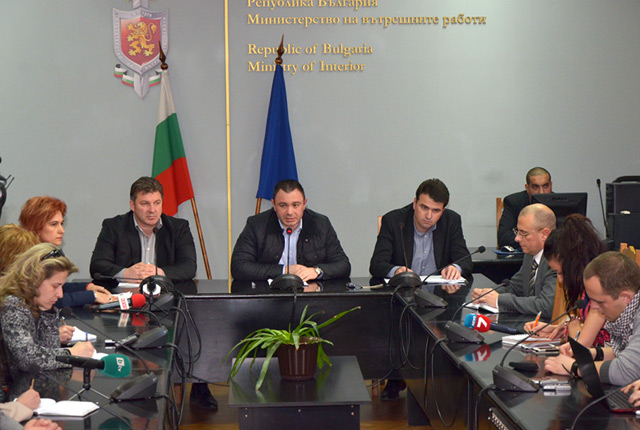 The March 14 shootout in a Bulgarian town between an allegedly mental ill man and a police team in which a police officer died and three were wounded continues to generate controversy, with the Interior Ministry leadership being sharply criticised for bungling the operation and with a political blame game underway.

The operation in the town of Lyaskovets was intended to arrest the man and seize his stash of firearms, after years of complaints about his behaviour, including a series of threats against children at a nearby school.

After the operation began at 6am, attempts by police to enter the man’s home resulted in gunshot injuries and subsequently the death of one of the team. It took more than three hours to detain the by-then wounded gunman, by which time the operation had become a national controversy.

Soon after the arrest of the man, Interior Minister Tsvetlin Yovchev addressed the National Assembly on the incident, including a disclosure that a previous operation planned for 2012 had been cancelled for reasons he could not state.

This immediately led to a tit-for-tat exchange between the current leadership of the ministry, in place under the Bulgarian Socialist Party government, and the former leadership at the time of the centre-right GERB government, which was in office from 2009 to early 2013.

Former interior minister Tsvetan Tsvetanov told reporters that the March 14 2014 operation had been a failure, mishandled in several respects. At the same time, the interior minister chief secretary of the time, Kalin Georgiev, denied culpability in the 2012 operation having been cancelled.

Current interior minister Yovchev rejected calls from opposition parties for his resignation, as did ministry chief secretary Svetozar Lazarov. Yovchev said that they would resign if this would help, but – he said – it would not.

On March 16, the same day as the funeral of Emil Sharkov, the slain police officer, Yovchev announced that he had ordered an investigation into all aspects of the conduct of the police operation in Lyaskovets.

Ruling party politicians said that Lazarov would be called to Parliament’s committee on internal security and public order to answer questions about the Lyaskovets incident.

But already on March 14, Yovchev had said that “all procedures had been followed correctly” during the operation.

The fact of an allegedly mental ill man having had a stock of firearms also sparked comments on gun control in Bulgaria.

Deputy interior minister Vassil Marinov said on March 16 that there were now discussions on tightening control on firearms possession permits.

He said that there had been discussions with the health minister about steps to be taken on mental health certificates for people wanting gun licences.

Currently, the rule was that a person with a gun licence should have a mental health certificate valid for five years, and consideration was being given to reducing this to three years, Marinov said.

The issue also had been raised with the health minister of changing the rules so that psychiatrists who are aware that someone who is in possession of firearms has become mentally ill must be required to inform the interior ministry on their own initiative.

Plamen Oresharski, occupant of the prime minister’s chair in the BSP government, said that he would create a working group of three departments, including health and social authorities, to discuss preventative measures to avert a repeat of the Lyaskovets incident. He would give them a tight deadline to complete their work, Oresharski said.

General Valentin Petrov, a former chief secretary of the interior ministry, hit out in a television interview on March 16 at the handling of the operation in Lyaskovets.

There should have been proper surveillance and operational preparation.

“How difficult would it have been to keep this man under surveillance?” he said. (Separate reports said that two days before the operation, there had been video surveillance of the building, but in daylight – meaning that the man may have seen the surveillance team.)

“In such a case, the police must have surprise and speed. In this case, there was neither surprise nor speed,” Petrov said.

He criticised the fact that for more than two years, the inspectorate in charge of firearm possession and the entire police force had not found a way to take away the man’s weapons.

Over the weekend, there was harsh criticism from the media.

On March 15, daily Sega said that the interior ministry had stunned the public with an ill-thought-out five-hour operation. As a result of utterly wrong tactics, four police officers had become sitting ducks, the daily said.

Media reports quoted pscyhiatrists as saying that special police forces in Bulgaria were not adequately trained to deal with situations such as that in Lyaskovets. Other reports highlighted the fact that there was no adequate long-term care of discharged psychiatric patients, no national register of mentally ill people, and there was a lack of reforms of pscyhiatric care in Bulgaria.

There also was criticism from another former interior ministry chief secretary.

In an article in daily Trud, Professor Nikolai Radulov of New Bulgarian University, a former Interior Ministry chief secretary, said that Lyaskovets was a complete failure. “Under the previous Interior Ministry leadership, the detention teams also worked without reconnaissance, as a result of which on several occasions they raided the wrong flat and pinned innocent people to the floor”.

On March 16, the District Prosecutor’s office in Veliko Turnovo said that the man held in the shooting, Petko Savov, had been formally charged with the intentional homicide of a police officer.