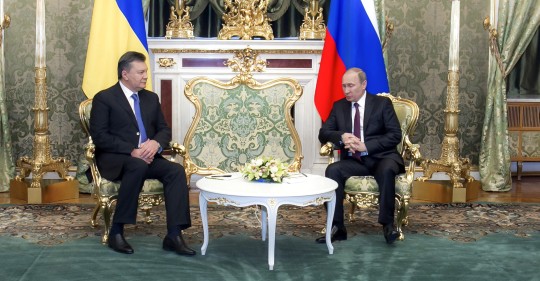 Russian Ambassador Vitaly Churkin told an emergency meeting of the 15-nation U.N. Security Council Monday that Viktor Yanukovych – whom Moscow still regards as the legitimate Ukrainian president – wrote President Vladimir Putin on Saturday saying there is “chaos and anarchy” in his country and it is on “the brink of a civil war.”  Churkin said Yanukovych was particularly concerned for the Crimean region.

The Russian ambassador held up the document to show Council members, and read the document aloud while an interpreter translated.

“Under the influence of Western countries there are open acts of terror and violence. People are being persecuted for language and political reasons. In this regard, I would call on the president of Russia, Mr. Putin, asking him to use the armed forces of the Russian Federation to establish legitimacy, peace, law and order, stability and defending the people of Ukraine,” said Churkin.

The Russian envoy said Moscow’s actions were centered on defending and protecting the millions of Russian citizens and Russian speakers in the autonomous Crimea region of Ukraine.

He repeatedly referred to “extremists” and “armed national radicals” who he said terrorized towns in western Ukraine, and Moscow’s fear that they would repeat such actions in Crimea.

Ukraine’s envoy, Yuriy Sergeyev, complained to the Council that Russia now has 16,000 military personnel in his country. He said they have arrived by air and sea.

Ambassador Churkin responded that under the agreement with Ukraine governing Russia’s Black Sea fleet, Russia can have as many as 25,000 military personnel in the country. He also underscored that although Russian lawmakers have authorized the use of armed forces, it does not mean they will use them.

U.S. Ambassador Samantha Power had strong words for her Russian counterpart, sarcastically saying that listening to him one might think Moscow had become the “rapid response arm” of the U.N. human rights chief.

“Russian military action is not a human rights protection mission. It is a violation of international law and a violation of the sovereignty and territorial integrity of the independent nation of Ukraine, and a breach of Russia’s Helsinki commitments and its U.N. obligations,” said Power.

Dismissing the appeal from Ukraine’s ousted president for Russian military intervention, Ambassador Power said that under the Ukrainian constitution, only the parliament can approve the presence of foreign troops.

British envoy Mark Lyall Grant said there is no justification for Russia’s military action either in international law or in its agreement with Ukraine.

“The Russian forces have forcibly taken over military and civilian airports, the infrastructure. They have set up road blocks. They have pressurized Ukrainian military leaders to defect. They have given other Ukrainian units ultimatums to surrender. They have blocked Ukrainian ports and they have vastly increased their military forces all along the Russian-Ukrainian border,” said Grant.

Russia’s main Security Council ally, China, did not criticize Moscow, but Beijing’s ambassador did say his country stands for non-interference in the internal affairs of other states and the respect of sovereignty and territorial integrity.

The United Nations has dispatched the deputy secretary-general to Kyiv to assess the situation, as diplomats continue to call for an immediate de-escalation of the crisis.

The United States and European Union have called on Russia to immediately withdraw its armed forces from Ukraine or face possible political isolation and economic consequences. 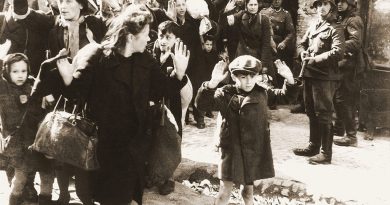 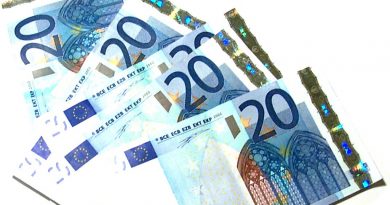