If Bulgaria’s European Parliament elections were held immediately, Boiko Borissov’s centre-right party GERB would take the largest share of votes but only just more than the Bulgarian Socialist Party, according to the results of an opinion poll released by the Alpha Research agency on February 18 2014.

The poll showed GERB with a 16.9 per cent share of support and the BSP with 15.1 per cent.

The Movement for Rights and Freedoms, the BSP’s partner in the current ruling axis, had stable support at 6.9 per cent.

The Reformist Bloc, an alliance of a number of centre-right and right-wing parties currently without seats in the National Assembly, had five per cent.

Of Bulgaria’s seats in the European Parliament, six would go to GERB, five to the BSP, three to the MRF, and one each to Purvanov’s ABC, BWC and the Reformist Bloc.

Alpha Research said that while those polled, in a nationwide survey between February 17 and 22, held that it was important to vote in the European Parliament elections, about 46 per cent were undecided about which party to vote for – making the outcome of the election, expected to be held on May 25, very difficult to forecast.

Alpha Research analysts said that in the coming months, three factors would be important in influencing attitudes among the electorate.

Alpha Research said that there was significant movement within the nationalist electorate. In this part of the spectrum, the party with the highest support was the National Front for the Salvation of Bulgaria (3.2 per cent), ahead of Volen Siderov’s Ataka (2.1 per cent). A significant portion of far-right supporters had moved to support Barekov’s BWC.

The growth in the number of people who said that they would vote for BWC came mainly from villages and a few regional towns, more men than women, people aged 18 to 30 and 50 to 60.

Among BWC supporters, the common denominators were low education and social status, distrust of politicians and politics and the radical sentiment of “punish them all”. A significant portion of the former electorate of Siderov’s Ataka and small groups of former supporters of GERB and Meglena Kouneva’s Bulgaria for Citizens had gone to the BWC.

Supporters of Purvanov’s ABC were mainly voters who previously had supported the BSP while he also took some centrist supporters.

The Alpha Research poll found that there was 54 per cent support for President Rossen Plevneliev’s call for a national referendum on electoral reform, to be held at the same time as Bulgaria’s European Parliament elections.

Plevneliev’s idea has been rejected by the ruling axis but it appears that an initiative to raise enough signatures on a petition to compel the National Assembly to call such a referendum is poised to achieve its goal.

Bulgarian public trust in the cabinet declined again, to 18 per cent.

Those who outright reject the current cabinet have reached 53 per cent, across all social groups, with the exception of Bulgarians of ethnic Turkish descent – the traditional electorate of the MRF.

Optimism about Bulgaria’s near future has dropped five per cent in a month, to 15 per cent. 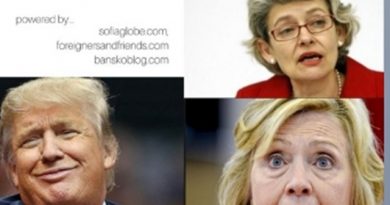 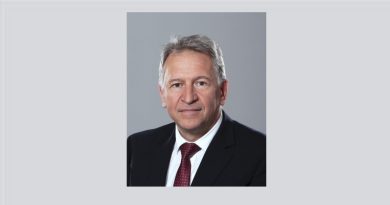