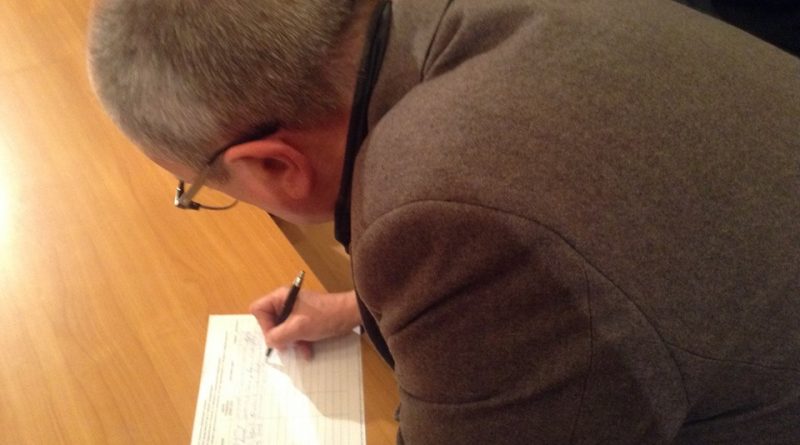 More than 450 000 of the 500 000 signatures from Bulgarian citizens needed to petition the National Assembly to call a national referendum on electoral reform have been collected, initiator of the petition Professor Georgi Bliznashki told public broadcaster Bulgarian National Television on February 27 2014.

The campaign appeared set for a decisive boost when, later on February 27, GERB leader Boiko Borissov said that by the following morning his party would be ready to hand over more than 500 000 signatures that it had collected for the petition.

Bliznashki was speaking the day after Bulgarian Socialist Party and Movement for Rights and Freedoms members of Parliament’s legal affairs committee combined to vote to reject President Rossen Plevneliev’s proposal for a referendum on electoral reform.

In January, Plevneliev called for a referendum on three issues – a majoritarian element in the election of MPs, compulsory voting and electronic voting – to be held simultaneously with Bulgaria’s European Parliament elections on May 25 2014.

Of the four parties represented in the 42nd National Assembly, only centre-right opposition GERB has supported Plevneliev’s proposal.

Outside Parliament, the proposal by the head of state has been backed by the Reformist Bloc, while Bliznashki and an ad hoc committee initiated the public petition campaign to raise the signatures from citizens required by law for the calling of a referendum.

Blizhnashki said that the coming days were “crucial because they are of great importance not only for our initiative, but also for Bulgarian society”.

He said that the campaign would set up stands around Sofia’s major football stadium on February 27, where a big match is to be held, to gather signatures from spectators arriving for the game.

Signatures had been collected not only within Bulgaria but also from expatriate Bulgarians.

Parliament would have three months for the process of verification of the signatures.

“That can be done more quickly if they decide that they want to, of course,” Bliznashki said.

The BSP last week got its new electoral code approved in Parliament, while on February 26 President Plevneliev said that he would veto it. In turn, the BSP already has signalled that it would seek the overthrow of Plevneliev’s veto by the National Assembly.

On the referendum issue, political commentators have noted that the BSP fears the calling of a referendum because it would increase voter turnout in May, bringing out more people likely to vote against the BSP and MRF.

When Plevneliev first publicly raised his proposal for a referendum on electoral reform, the BSP and MRF said that he was trying to sabotage the electoral code that then was being processed in Parliament.

In effect, the referendum was about whether to proceed with the Russian-linked Belene nuclear power station project, which had been shut down by the then-GERB government. The BSP raised and presented about 700 000 signatures, of which just more than 500 000 were found to be genuine.

In recent days, Maya Manolova, the BSP MP who was given the task of driving the new electoral code through Parliament, said that the party intended tabling amendments on the law on referendums.

While details of these amendments remain vague, Manolova said that the party wanted to lower the threshold for the outcome of referendums to be regarded as valid.

* Those supporting the campaign for a referendum on electoral reform have posted details online of where to sign the petition in Bulgaria and how to support the referendum petition campaign if living abroad. 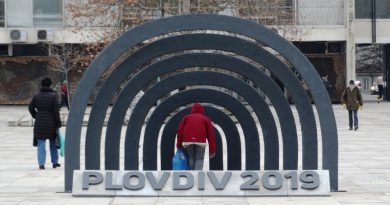