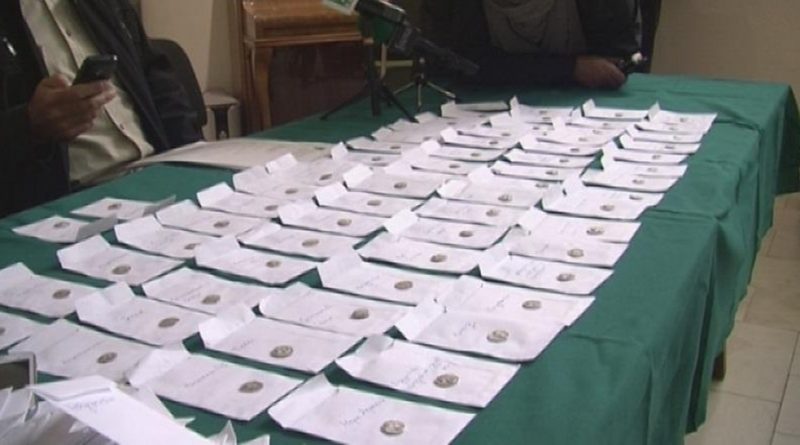 A cache of 187 Roman imperial silver coins has been found accidentally during yard clearing work in the town of Mezdra in the Vratsa district in north-western Bulgaria – but may only be part of a larger stash of which most, somehow, went astray before the authorities were informed of the find.

The coins were in a clay pot, under the roots of an old tree on private property. The plot was cleared and the tree felled because neighbours had complained repeatedly that the poor state of the yard was a nuisance following many years of neglect.

The find has been added to the collection of the Regional Historical Museum in Vratsa. Suspicions are, however, that the number is much fewer than initially found, and that a large number of coins did not reach the museum.

The coins are Roman imperial denarii and antoniniani (the latter a coin from the third century, believed to have been equal to two denarii) minted over a period of 200 years. They bear the faces of emperors and their wives from the period between the first half of the first century to the middle of the third century.

The find was made in September and the coins shown to the media on October 16, after specialists cleaned and examined the coins.

Georgi Ganetsovski, head of the Vratsa history museum, showed local media a coin from the era of Diadumenian, and from the time of Emperor Septimus Severus, which showed the emperor’s head and had been minted in Syria.

According to a report by Bulgarian National Television, archaeologists believe that the find that came to the museum was just a small part of the real treasure. “This confirms again that where Mezdra is today, there was a rich central town, with thousands of years of history”.

The known history of Mezdra in the past two centuries is that by the late 19th century, it was a village with fewer than 100 residents. The coming of the Sofia – Varna railway, which made Mezdra an important junction, resulted in the town growing to more than 1000 by the early 1920s. Today it has about 10 000 residents. Archaeological evidence has suggested the area around Mezdra was inhabited from prehistoric times.

Police are investigating following suspicions that many more coins may have been found than actually reached the museum. It is possible that the initial discovery was of about 1000 coins.

After the clay pot was found, an initial 183 coins were handed to the museum. Later, it received a further four.

Local media reports in September said that eyewitnesses to the initial find said that it amounted to four to five kilograms. Further, it had been some days before the museum was notified of the find.

Ganetskovski said; “What reached us was a part of this find, a fifth or a sixth of the actual number of coins discovered, which was at least 1000 coins. I call again on those who apparently have appropriated part of the coins – the place of these coins is in the museum”.

There are “emergency” excavations now underway at the site where the coins were found, to establish the archaological context of the site, with a search for buildings or other objects – and possibly other coins. This special dig is to continue until the end of November.

The treasure may have been hidden in the third century, at the time of the great Gothic invasions. The most “recent” among the coins dates from the time of Emperor Severus Alexander.

Ganetskovski said that this was the fifth such find of coins in the Mezdra area. The rich variety of coins was evidence that the settlement was of great commercial significance during the Roman era, he said.

The coins that the museum has from the find include some extremely rare ones, and ones that are in a condition so pristine as to suggest that they were held on to by a collector rather than being used in circulation, he said.