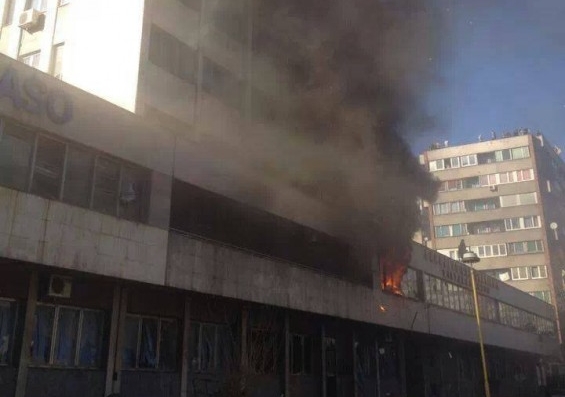 After three days of violence that arose from protests over economic woes, Sarajevo and other cities were quiet but tense on February 8, as the troubled country cleaned up, counted the cost and as political fallout began.

The violent clashes, in which more than 150 people were injured, many of them police, and state buildings were set on fire, led Sarajevo canton prime minister Suad Zeljkovic to announce his resignation.

The building of Sarajevo’s cantonal government and that of the presidency were set on fire on February 7.

The unrest began on February 5 in the city of Tuzla as people protested against the closure and sale of factories which had been the major providers of jobs. Workers also were demanding the payment of overdue salaries.

Across Bosnia and Herzegovina, unemployment is estimated at more than 44 per cent.

From Tuzla, the protests and unrest spead to Sarajevo, Bihac, Zenica and Banja Luka.

On February 8, Bosnian media described the centre of Sarajevo as looking like it had been a battlefield – a poignant comparison given the battles of decades past in the Bosnian capital during the 1992/95 conflict.

Local media said that riot police had scattered a few hundred protesters the previous night, and firefighting vehicles had used up all their available water in battling blazes at government buildings.

In the northern town of Tuzla, masked youths, many sporting football insignia, stormed and torched the seat of the local authority while a section of the presidency building in the capital Sarajevo was also set alight with a flare thrown through a window.

The protests have spread across the country.

The current chairman of the Bosnian presidency, Zeljko Komsic, said that politicians were to blame for the protests. The problem “has been accumulating for several years, but the situation now escalated,” he told FTV, the BBC reported on February 7.

In Sofia, the Bulgarian Foreign Ministry said on February 8 that it was following the recent developments in Bosnia and Herzegovina with great concern,

“We recognise the dissatisfaction of the citizens and their right to peaceful protest, but we urge them to refrain from violent acts. It is of a great importance for all the major social factors in the country to enter into a dialogue and to seek a solution to this situation,” the Bulgarian Foreign Ministry said, as quoted by news agency BTA. 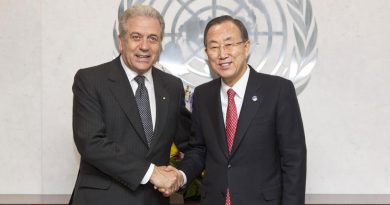