Bulgaria’s Parliament voted on January 29 to cancel the election of a new head of the inspectorate to the Supreme Judicial Council (SJC), ending the proceedings that have come under criticism from both the opposition and the judiciary.

The EC has insisted on transparent and competitive appointments to key positions in the Bulgarian judiciary, but the election process stirred controversy from the start, when the nomination period was announced, covering only three business days during the winter holidays.

The one nominee, judge Vesselina Teneva, was put forth by the two parties in Bulgaria’s ruling axis, which rejected calls from the main opposition party GERB to extend the nomination deadline.

Teneva is best known as the judge that presided in 2011 over the lawsuit against Ahmed Dogan – then leader of the Movement for Rights and Freedoms and now honorary chairperson of the party, which is part of the coalition currently in government – who was accused of conflict of interest for taking a 1.5 million leva (about 766 000 euro) consultancy fee for a hydro-power project financed by state-owned electricity utility NEK. The court found Dogan not guilty.

Shortly after the nomination period concluded, Bulgarian investigative website Bivol.bg (no relation to The Sofia Globe’s Alex Bivol) reported that Teneva’s husband was involved in “suspicious” property swops with Sofia municipal firm Sofiiski Imoti – over the past decade, the company has often been accused of serving as the vehicle that allowed the transfer of municipal property into private hands, allegedly often to the detriment of the city.

SJC’s ethics committee, which met earlier this month to discuss the issue, concluded that Teneva had committed no wrong-doing and that the family’s property dealings – which included the sale of assets to Teneva’s mother, who later gifted the properties back to Teneva – were “strictly personal business”.

Parliament’s decision to end the current election gave no indication when the process might be resumed, with socialist Deputy Speaker Maya Manolova (one of the two MPs that submitted Teneva’s nomination) saying it was up to GERB to suggest a nomination period.

GERB will play a key role in the future election because a candidate requires a qualified majority of two thirds in Parliament, or 161 votes, to be appointed – therefore requiring agreement between both the two parties in the ruling axis and the opposition.

GERB leader Boiko Borissov said that the nominations should come from within the judiciary, which the party was prepared to put to the National Assembly. 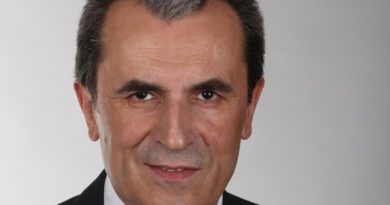