In two of the main gateways to the European Union, Bulgaria and Greece, refugees from Syria are met with deplorable treatment, including life threatening push-back operations along the Greek coast, and detention for weeks in poor conditions in Bulgaria, Amnesty International (AI) said on December 13 2013.

European leaders should hang their heads in shame over the pitifully low numbers of refugees from Syria they are prepared to resettle, AI said.

In a report, AI described how EU member states have only offered to open their doors to about 12 000 of the most vulnerable refugees from Syria: just 0.5 per cent of the 2.3 million people who have fled the country.

“The EU has miserably failed to play its part in providing a safe haven to the refugees who have lost all but their lives. The number of those it’s prepared to resettle is truly pitiful. Across the board European leaders should hang their heads in shame,” Salil Shetty, AI Secretary General, said.

The closest European capital – Nicosia – lies a mere 200 miles from Damascus. Yet collectively, EU member states have pledged to resettle just a very small proportion of Syria’s most vulnerable refugees.

AI said that in Bulgaria, an estimated 5000 refugees from Syria arrived between January and November 2013. Most are housed in emergency centres, the largest of which is in the town of Harmanli. It is effectively a closed detention centre, AI said.

The organisation said that it had found refugees living in squalid conditions in containers, a dilapidated building and in tents. There was a lack of adequate sanitary facilities with limited access to food, bedding or medicine.

A large number of people were in need of medical care, including some injured in conflict, individuals suffering chronic diseases and those with mental health problems.

Some of the refugees in Harmanli told AI that they had been detained for more than a month.

“Tens of thousands are risking perilous journeys by boat or land to try and reach Europe. We have seen hundreds lose their lives in the Mediterranean. It is deplorable that many of those that who have risked life and limb to get here, are either forced back or detained in truly squalid conditions with insufficient food, water or medical care,” Shetty said.

As winter approaches, conditions for the 2.2 million people who have fled Syria to neighbouring countries are deteriorating rapidly, AI said.

With only 12 000 places offered by EU member states for resettlement or humanitarian admission, others attempt the journey under their own steam. Tens of thousands have reached Europe trying to claim asylum having risked life and limb in arduous journeys, on boats or across land.

AI said that its research reveals that “first they have to break through the barricades of Fortress Europe”.

Many are faced with violent push-backs by police and coastguards, or detained for weeks in deplorable conditions, the AI report said.

Refugees have told AI how Greek police or coastguards, wielding guns and wearing full face hoods, ill-treat them, strip them of their belongings and eventually push them back to Turkey.

“The number of unlawful push-back operations from Greece is not known; however, Amnesty International believes hundreds have been affected.”

In the past two years the European Commission has provided 228 million euro to bolster border controls. In comparison, for the same time period, just 12 million euro was allocated to Greece under the European Refugee Fund, which supports efforts in receiving refugees.

The platitudes of Europe’s leaders ring hollow in the face of the evidence,” Shetty said. “The EU must open its borders, provide safe passage, and halt these deplorable human rights violations.”

Just 55 000 Syrian refugees (2.4 per cent of the total number of people who have fled Syria) have managed to get through and claim asylum in the EU.

For those who manage to break through the barricades of Fortress Europe, many head for Sweden or Germany, which have offered the most help to asylum seekers, AI said.

In the two years to the end of October 2013, Sweden has received 20 490 new Syrian asylum applications and Germany received 16 100 such applications. Less than 1000 people have claimed asylum in each of Greece, Italy and Cyprus.

* Significantly increase the number of resettlement and humanitarian admission places for refugees from Syria;

* Strengthen search and rescue capacity in the Mediterranean to identify boats in distress and assist those on board;

* Ensure that those rescued are treated with dignity and have access to asylum procedures;

* The EU, its member states, and the international community should continue to provide support to countries hosting the largest numbers of refugees, particularly Jordan and Lebanon. 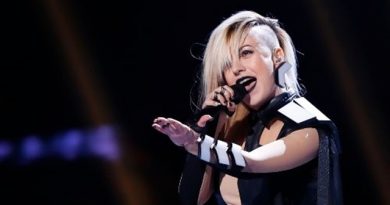