Thirty out of the thousands of refugees in Bulgaria are being expelled because they are threats of national security, in the case of seven because they are suspected of links to terrorist groups.

This is according to Nedyalko Nedyalkov, deputy head of the State Agency for National Security, was speaking after briefing Parliament’s committee on supervision of the security services on November 21.

Nedyalkov said that people being deported would be sent to their countries of origin. Currently, those facing deportation are being held at special centres run by the Interior Ministry’s Migration Directorate.

Refugees in Bulgaria have been a vexed issue in recent months, with ultra-nationalist groups and certain media seeking to whip up xenophobic emotions by portraying them a Muslim fundamentalist fifth column while critics of the government have pointed to its severe shortcomings in reacting to the issue. 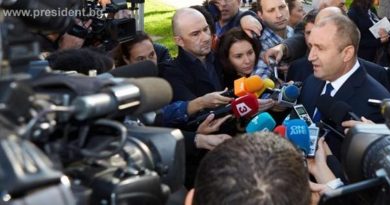