Bulgarian Orthodox Church Bishop Ignatii, one of two candidates shortlisted in a disputed election on November 17 for the new Metropolitan of Varna, said on November 18 that he was withdrawing because the election was flawed.

Ignatii ran one vote behind the other candidate, Bishop Boris, in a contest marred by controversy before and after the voting.

The election was intended to be the first of two stages of choosing a successor to Metropolitan Kiril, who died while diving in the Black Sea in summer 2013.

The procedure requires an electoral college in the diocese to shortlist two candidates, to be put to the Holy Synod – the Bulgarian Orthodox Church’s supreme governing body – for a final choice. This was scheduled to happen on November 24.

The withdrawal of Ignatii now means that there is only one candidate, which appeared to sink the procedure and require a restart.

Ignatii said that the election and everything around it was a “falsehood, an ugly piece of theatre”.

Noting allegations that Boris and another candidate, Sioniy, had been involved in vote-buying, Ignatii said that such practices should be stopped and the two should face penalties under the rules of the church.

Before the election in the Black Sea city on November 17, lay people held a placard demonstration calling for a clean procedure.

After the names of the two shortlisted candidates were announced, there was outrage among clergy and laity because of the controversies attached to both bishops. Boris leads slightly in the controversy stakes for an alleged love of luxury goods and kitsch opulence, while Ignatii is seen as an extreme fundamentalist.

A petition was initiated calling not only for fresh elections but also for a complete change to the membership of the electoral college.

A public protest was scheduled to be held in Varna on November 18 at 6pm, entitled, “for morality in the church”.

The past year has seen a process of personnel changes in the leadership of the church, following deaths and resignations.

Rousse Metropolitan Neofit was elected Patriarch in February, after the November 2012 death of his long-serving predecessor Maxim. Neofit’s election created a yet-to-be-filled vacancy at the head of the Rousse diocese. The November 16 2013 death of Nevrokop Metropolitan Nataniel created another vacancy on the Holy Synod.

Recently, a new Metropolitan was elected head of the Western and Central Europe diocese, another of the personnel changes in the Holy Synod in 2013. 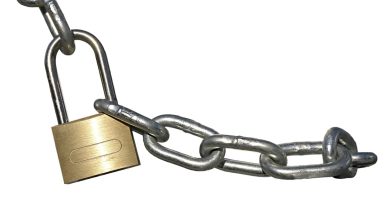