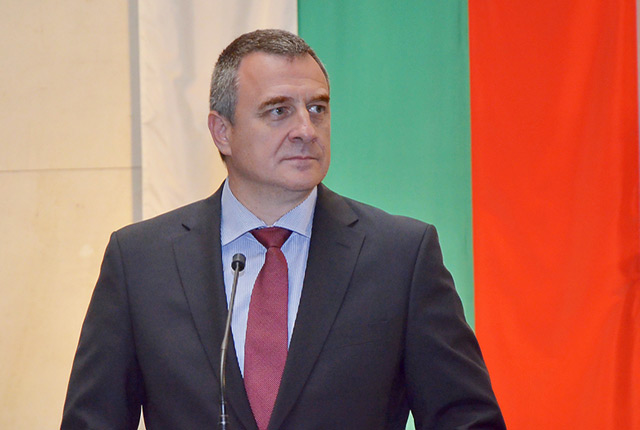 Bulgaria’s Interior Ministry has come under fire from various anti-government quarters, with the main opposition party alleging that it is acting as a public relations agency for the ruling Bulgarian Socialist Party-Movement for Rights and Freedoms axis, while a blogger has shown video that he says proves the Interior Minister is lying about anti-government protesters’ personal data not being recorded.

Already, reports had alleged that the Interior Ministry had co-operated in providing the BSP, in government since May 2013, with talking points intended to discredit the anti-government protests. This allegation has been met with denials.

On top of that, anti-government circles have cried foul about reports of police making early-morning visits to question people who have been involved in the protests.

Interior Minister Tsvetlin Yovchev, in an interview with local media, confirmed that police had visited some individuals who were “known to provoke violence”, of whom some had made sworn statements. But he has denied that police recorded the data of people arriving for protests.

However, Ivo Bozhkov, a familiar sight at anti-government protests since June, recording and live-streaming events, said in a November 18 television interview that in spite of the assurances by Yovchev that the data of protesters was not and would not be recorded, he had video evidence of police doing so.